Woody Allen’s Next Film May be Made in Germany, We’ve Got Some Ideas for Him 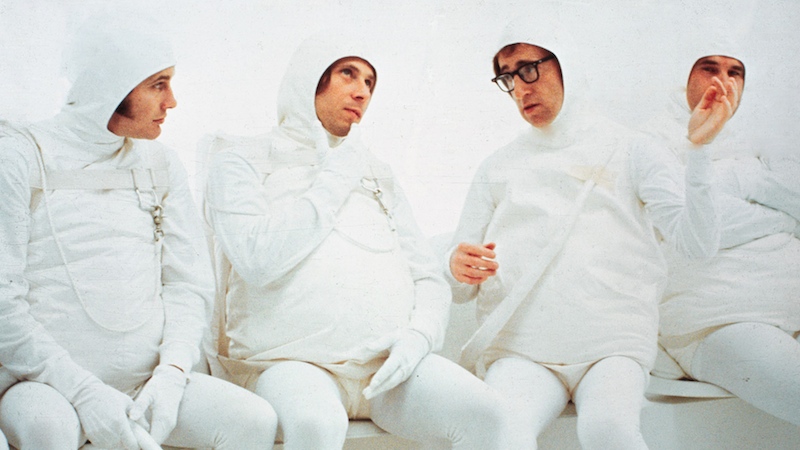 Yesterday, news broke that Woody Allen’s march across Europe may have a new stop for his next film: Germany. Woody is currently directing a star-studded cast, including Jesse Eisenberg, Ellen Page, Greta Gerwig, and Alec Baldwin, for The Bop Decameron in Rome set for release next year. While details are scant on the München-bound project, we’ve got some great ideas for what Woody could do in Deutschland. In no particular order, a few pitches:

Hannah and Her Scheisse

The Stanislavsky sisters are back, only this time Woody gets off by taking dumps on Diane Weist’s chest. (See also: Crimes and Misdemeanors)

The Purple Rose of Dachau

While watching archival WWII footage (as Woody would obviously do once touching down) a family of Jews walks out of the screen and has to hide in Woody’s attic.

Retired Nazis in Argentina reminisce about Goebbels’s nudnik younger brother (played by Woody, of course), whose career in the theater was largely overlooked by historians.

A despondent Woody bumbles around Munich, frustrated that his preference for young girls isn’t looked down on all that much in Europe.

Boxer Max Schmelling keeps showing up at various points in history, fighting everyone from Genghis Khan to Mike Tyson.

Young, beautiful hardbodies act aloof while deciding who gets to sleep with their unexpected tour guide, played by a famous German actor (let’s say Christoph Waltz).

Feel free to share your own depraved and brilliant ideas in the comments.