What’s Wrong With You: Guilt, More Guilt and Marrying Rich 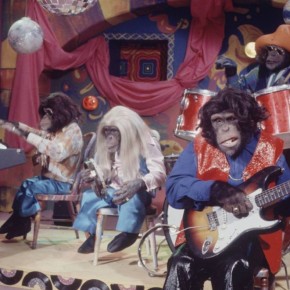 I spent a lot of time with my Modern Orthodox family over Passover, and it’s finally dawned on me–I can’t really explain why it took so long–that their “modernity” is an oxymoron. Sitting around the table discussing Moses and Egypt literally and unironically, they sounded only two steps removed from right-wing Christians who want to outlaw abortion and teach creation in public schools. My parents don’t butt into society’s business, but at one point I made a casual comment about what humans were like back when we were apes, and my father looked at me like I was nuts and said, “I don’t come from apes.” I didn’t argue with him, but I lost a lot of respect for him, which I feel bad about because I’ve never had any major issues with my parents before, not even when I stopped being religious. How can I respect them if I can’t take them seriously?

Since your parents aren’t butting into society’s business–or even yours most of the time, it seems–and since they’re as likely as Republican fundamentalists to abandon their idea of God (because of their age; I’m not implying they’re a danger to the country), I’d say chalk this one up to realizing your parents aren’t perfect. Seriously, no major issues, ever? Your esteem for them until now may have been artificially high. But they’re good people, they’re not hurting anybody*, they’re entitled to whatever notions help them wake up every morning knowing they’ll eventually die. (Empathy can go a long way toward respect).

Also, Agnostic, most of us realized our parents aren’t that smart when we were teenagers. You’re old enough now to accept it and move on…. to more important matters such as acknowledging a deity or not. Take a stance before you tackle creationists.

*It’s true that religion is a tool for war and oppression, but let’s get rid of guns and bombs first.

My mother has a lot of gripes with her parents, legitimate ones. Yet as grandparents they’ve always been good to me, including financial help. How can I get my mother to stop groaning and rolling her eyes when I say anything nice about them? I know what they’re really like–because she’s told me a million times. Am I supposed to feel guilty for having a better relationship with them?

Needs a Vacation From the Guilt Trip

Yes, you are…. according to your Jewish mother, whose job it is to teach you guilt. Granted, with so many guilt-trip hot spots to choose from, her choice is odd–she should be happy you aren’t hitting her up for cash. (I’m assuming your grandparents weren’t abusive and their money is clean). But the last thing you want to do is try to understand her motives–i.e. her childhood issues–and become further entangled. You have enough on your hands with the guilt you’re expected to feel, behind which waits a secondary layer of guilt for not feeling guilty. At least Mom isn’t writing the checks.

My smart, funny, loving boyfriend and I have been dating for three years, have known each other for seven, and are close to becoming engaged. He gets along great with my family and they all claim to adore him, including my mother…. however, she cornered me when we were visiting during Passover and warned me not to marry him because he isn’t rich!!!??? Not that it matters, but I’m an attorney and my boyfriend is a cardiology resident. I’m pretty sure my mother was just having a moment of maternal cold feet. In fact, she’s probably embarrassed and hoping I never mention it again. But my boyfriend is insulted, understandably, and wants me to defend him. Shouldn’t we hold off until the issue arises again?

For the first time in What’s Wrong With You history…. everybody is right! You’re right about the cold feet, your boyfriend’s hurt feelings are valid, and your mother is completely on-the-mark about marrying rich. It’s possible she’s only discovering it now–as will you when (or by the time) you have grown children who’ve finished grad school and need weddings–but there’s simply no substitute for having family money to fall back on.

You should definitely hash this out with her–so when you’re older and wiser (this doesn’t negate what I said to Agnostic earlier) you’ll get the full experience of realizing she was correct. I promise you, though, she has no delusions of you listening to her now. She didn’t listen to her mother. Her mother didn’t listen to your great-grandmother, etc. Everybody’s doing exactly what they’re supposed to be doing at their present age.