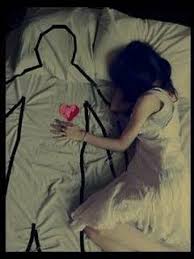 My friend’s newish boyfriend is strangely passive-aggressive and manipulative when it comes to making group plans. Whatever the group decides, he knows the better restaurant, the better band, or could we change the time, etc., etc., etc., and if we don’t agree, he’ll “try to make it if he can”. Then he usually does wind up making it and even admitting our choice was better that he expected. My friend acknowledges that he does this alot, but since she’s not one of those girlfriends who can’t do anything without her man, it doesn’t bother her.

Now for the really weird part: I have a very faint crush on him. He’s not the type I would pursue even if he was available, but I enjoy his company, our conversations, in a way that–for me–I recognize as a crush. And I have a looong history of relationships with emotionally borderline-abusive men…. which is why I’m worried about my friend. Her boyfriend does seem like a decent guy (when he finally shows up), but could his behavior be a sign of deeper control issues?

Thanks for your input,
Concerned Friend

People don’t usually have a single habit that’s completely at odds with the rest of their personality–placid people generally aren’t nail-biters, for example–so yes, this quirky passive-aggression could be a red flag. I don’t see your friend’s boyfriend making demands and threatening anybody, though. He knows what’s trending, he can admit his mistakes…. the poor dude just wants a little attention! Not to diminish the annoyance factor, but if he were truly dangerous you’d be crazy jealous, correct?

Like the good, independent-thinking Jew I am, I’m now going to answer your question with a bunch of questions–one of which, between the lines of your email, you’ve already asked me:

–Why are you a serial disastress while your friend finds men with issues (we all have them) she’s not hormonally compelled to engage?

–Why does a gratifying conversation with a man equal a crush?

–Why do you get an ego-boost from flirting with your friend’s boyfriend, however innocent it may be?

–What specific buttons of yours does his look-at-me routine push?

I recommend starting with the last question, as it may yield some insight into the first. The middle two likely require outside help; however, as a self-imposed rule, I resist the advice-column cliche of suggesting therapy. I’m simply saying it couldn’t hurt. Shouldn’t hurt; beware the quacks.

Finally, as an experiment (because it’s not your responsibility to manage your friend’s needy beau–or hers, for that matter), try asking this guy to pick up the tickets next time or to give someone a ride. Make him feel important and I bet you short-circuit his method. Toddler psychology applied to whiny adults–now there’s a cliche I love. 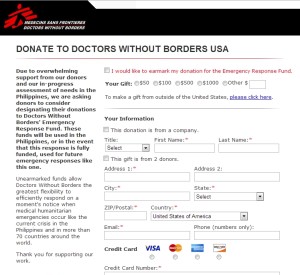 A neighbor of mine is collecting used items from people to send to the Philippines. Can you please remind your readers that while cleaning out their closets is never a bad idea, shipping random items overseas is highly inefficient and logistically more trouble than it’s worth?

We love your column!

Sincerely,
From a Non-Profit Office

You made my day: a group compliment and an opportunity to talk about cleaning out closets! The gleaning, the sorting, the inviting of the new…. approached correctly, it can be downright euphoric. And that’s why we hyper-organized, OCD-leaning types love to do it–hauling the yield to a thrift shop is an afterthought, as much about charity as preventing waste. That’s the root of it, folks, so don’t conflate wanting to help with reaching for the afterglow of creating order from chaos in your personal space. Distribute your dated/ill-considered clothes and upgradeable housewares locally; to aid a disaster zone, donate cash to an experienced organization that will maximize your contribution’s reach.