Use The Schwartz and Buy Dark Helmet’s Actual Spaceballs Helmet! 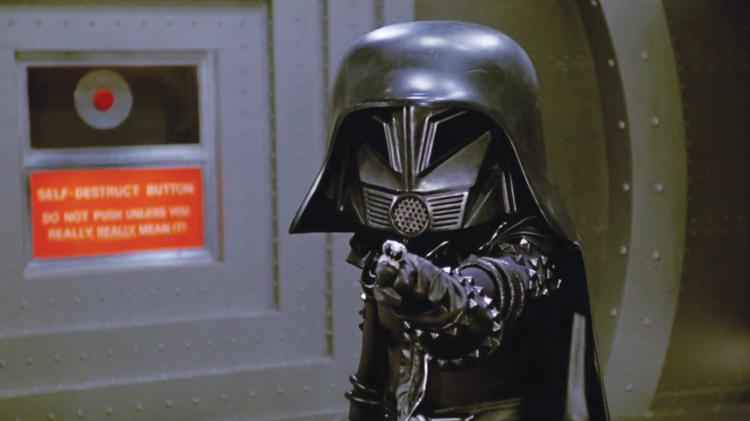 Collecting movie props always seemed to me like a pretty fruitless endeavor. Sure, you could own Indiana Jones’ bullwhip, or Rocky Balboa’s gloves, but honestly, once you’ve got ’em…so what? You think that’s gonna make you happy? Bet you laid? Buddy, you’re dreaming.

…Or, so I thought, until I learned that Dark Helmet’s actual helmet—the one worn by Rick Moranis in Mel Brooks’ Spaceballs—is up for auction. Now all I can think of is wearing that sucker around the house, in the shower, walking the dog…

Per Invaluable.com, the auction site behind the helmet’s sale:

Explaining that the prop exhibits “only minor production wear and age,” Invaluable estimates its worth at anywhere between $8,000-12,000 (Currently, with only three bids in, it’s up to $9,000 on the site)

Now, far be it for me to tell you how to spend your hard earned shekels, but considering that this is likely the coolest piece of cinematic memorabilia this side of Tatooine, it seems like the sort of thing you, dear Heeb reader, should probably jump on at ludicrous speed—especially given rumors of a Spaceballs sequel in the future.

So use the force, use the Schwartz, use your parents credit card. I don’t care. Just buy this helmet!

And promise to let me wear it once in a while, if you do.