That Time The Coen Brothers Made A Cigarette Commercial 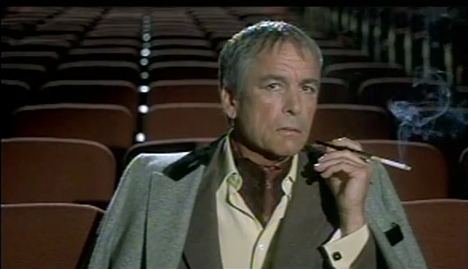 Sometime in the mid 90’s, after they’d raised Arizona but before they’d declared this no country for old men, Joel and Ethan Coen were tapped by Swiss tobacconists F. J. Burrus to create a short commercial promoting Burrus’ fancy-schmancy Parisienne brand of cigarettes. Given total artistic freedom, the brothers whipped together thirty seconds of smokey weirdness, instantly recognizable as classic Coen (See: The movie theatre scene in Oh Brother, Where Art Thou and the performance art scene in The Big Lebowski)

A man sits alone in a theatre engrossed with the performer on stage, all but ignoring the cigarette in his hand. When the performance ends, the man says simply: “Again.” The end. Now buy some fancy smokes.

That this actually happened is plenty weird (hey, a paying gig is a paying gig) but that the Coen Brothers weren’t the only ones tapped to blow smoke up the asses (and out the mouths) of the viewing public is even weirder. Similarly avant guard Parisienne commercials were also shot by David Lynch, Roman Polanski and even Jean-Luc Godard.