This Penis Is Kosher 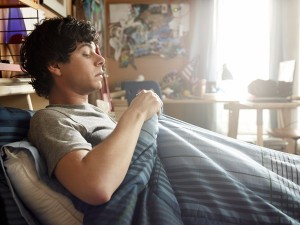 For those of you who’re watching the MTV Movie Awards along with the three million 14-year olds drooling over Justin Bieber and Robert Pattinson, stay tuned—there’s gonna be a foot-long Jewish cock on your TV. The Hard Times of RJ Berger, premiering at 11 pm EST this Sunday, follows the hapless titular character, an ostensibly Jewish teen (Paul Iacono) whose nerdy social status takes a sharp turn after a wardrobe malfunction reveals his impressive dong to the school during a basketball game.