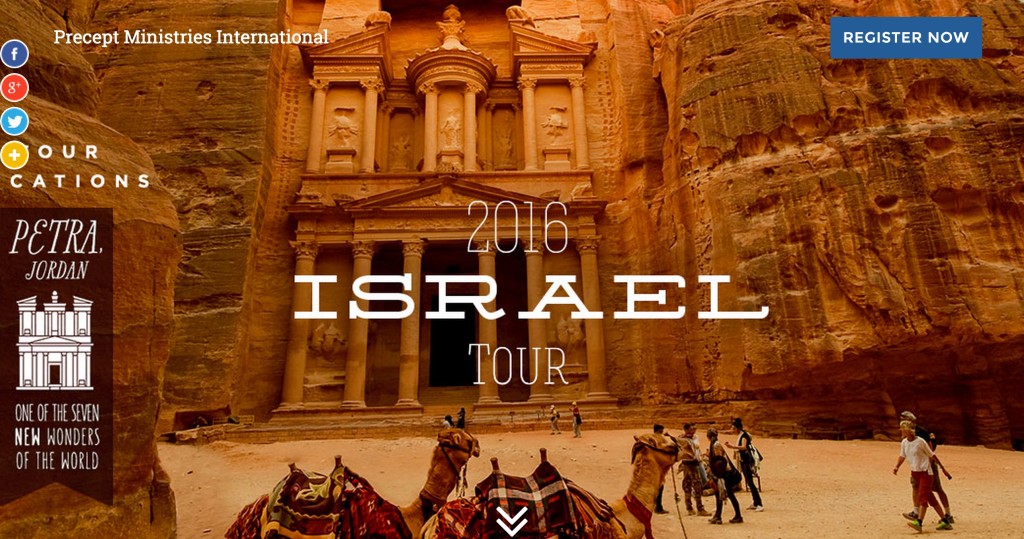 Kay Arthur is an accomplished woman. She’s won the Evangelical Christian Publishers Association Christian Book award not once, not twice, but four times. She (along with her husband) is the co-founder and CEO of Precept Ministries International, a massive evangelical organization based out of Tennessee, and hosts a hugely popular multimedia bible study program, Precepts for Life, which boasts a reach of over ninety million people.

Lately, Arthur has been drumming up excitement for Precept Ministries International’s upcoming 2016 tour of Israel, an extended trip that will, per PMI’s website, “change your life and enrich your faith.” Sounds like kind of an evangelical Birthright trip, but without the furtive hand-j’s in the back of the charter bus (I assume.)

Still, given how life changing the trip promises to be, when Arthur posted an ad for the tour to the nearly half a million fans of her official Facebook page, something seemed a little, uh…off: 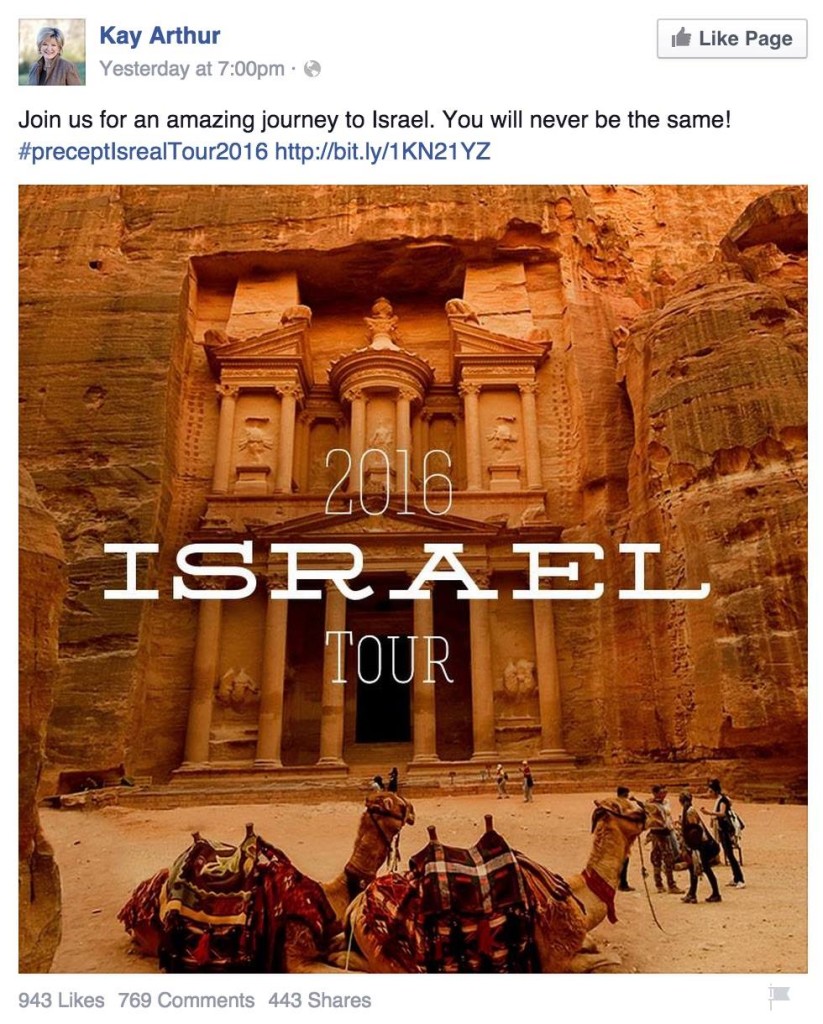 Here’s a pro-tip for anyone promoting, well, anything: If you’re gonna have a thing’s name in big bold letters, it’s probably smart to make sure the picture behind it is actually a picture of that thing. In this case, for example, Arthur’s Israel trip is being advertised by a stunning view of the ancient ruins of Petra, located in…Jordan.

While Arthur’s tour does, in fact, offer a post-trip extension to visit Israel’s Eastern neighbor, the fact that her ad, and the trip homepage, both primarily feature this image of Jordan rather than Israel itself is at best a graphics department snafu, and at worst, a pretty good excuse to start looking for another tour guide.

It appears someone on Kay Arthur’s team noticed the geographic SNAFU, and pulled the Petra-fied post off Facebook. The precept.org tour page, however, remains unchanged.