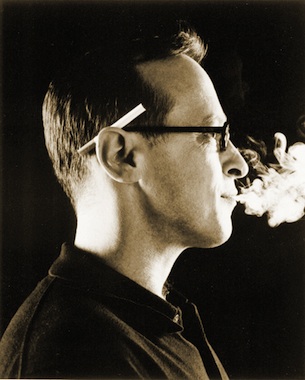 David Sedaris is never going to read this interview. He told me that shortly before asserting that all writers are vultures. With compliments like these, just a mere 45 minutes on the phone with this satirist from his room at the Ritz Carlton in Los Angeles could have turned yours truly into an insecure mess, but I knew better. This was David Sedaris, the author best known for humorizing his experience growing up gay in suburban Raleigh, North Carolina, wittily exposing his shortcomings and those of his family of six brothers and sisters in novels like Naked, Me Talk Pretty One Day, and Barrel Fever.

With his life an ongoing parody of which to generate novels from, along the way he’s mastered the art of not taking himself too seriously. Fresh off a book tour for his most recent illustrated publication Squirrel Seeks Chipmunk, A Modest Bestiary, the author is entertains with cancer jokes and an explanation of why he’d easily win in a book signing duel with Bill Clinton.

I’m catching you in Los Angeles on a break from your book tour. What are you doing there?

I just went to the Hollywood racetrack and I won $97. It was first time I’ve bet on a horse. Then I didn’t bet anything else because I didn’t want to ruin my perfect record. You know those old pictures where people are nicely dressed? That didn’t happen. You could have been at the airport – people were in sweatpants.

What were you wearing?

Well, I was probably the only one with a sports coat. But if I try to dress up it’s just not convincing. I had to go on Jimmy Kimmel last night and if I had gotten a suit for it then my shoes wouldn’t be right. When I perform at a bookstore and stuff I would never not wear a tie. That’s like old show biz advice – you should always be better dressed than your audience.

You were worried about your outfit on Jimmy Kimmel?

Well that’s the thing about television – there’s so much to stress about. TV is just not my thing and there’s so much to worry about when you go out there. What I look like is the least of my worries. I mean – I’m never going to watch it.

Oh my god, no! I cannot imagine what it would take to watch yourself on television. Because then you’d see your posture. Then you’d just be so paranoid you couldn’t really do anything ever again. You couldn’t enter a room without thinking, “What do my shoulders look like?” I’m much better on the radio.

In preparing for this interview, I looked up your boyfriend Hugh Hamrick because I wanted to see who you’ve been shacking up with.

I’ve never Googled Hugh. Someone said poor Hugh only has two friends on Facebook but it wasn’t really him. Someone was also pretending to be me on Facebook and he lived in Argentina. He would give me political causes. They were decent enough, like “don’t stone that woman in Iran,” but it was a little bit weird, having him decide what my concerns would be. I’ve never even seen what a Facebook page looks like, but it’s supposed to be for young people right? And I’m 53.

A lot of people are on it – my mom’s on it. You have a very active Facebook page with thousands of fans, which is good for someone who’s never even seen their page.

Someone said I should get on Twitter, and when my book comes out I tell everyone to run out and buy it. But see – I would never do that. I mean, I like people that don’t do that. That was probably the best thing about sort of becoming successful is that I didn’t have to send out invitations anymore. But then the danger is that you take it for granted that people will just come. And they won’t always come. When that happens I’ll just cry and cry and cry. That was one of the reasons for moving to Europe, so that I can just fade away in a foreign country. So no one sees you at the mall and thinks, “Wait a minute, I think I saw that guy.”

You’ve been to 36 cities in 38 days on this tour. What city has had the strangest fans?

Things are pretty much the same in every, but some people have stood out. On this tour I had been asking people for jokes as a thing to do and it’s like a community project. This woman came up in Memphis and I said “knock, knock”

and she said “Who’s there?”

And she said, “I’m a cancer survivor.” And I said, “Well you survived! At least you can make a joke about it!” So there’s been a couple of times that I’ve stuck my foot in it.

A black woman one time said, “Well I don’t see many people like me here!” and it’s like, “Well no, I don’t either, but that’s not my fault, you know.” Often people will comment on my ”white audience” but it’s not like I do anything. When I’m in California you’d think I’m Amy Tan. Huge numbers of Chinese people come out, and that makes me feel fantastic, but it’s not like I wrote about China. It’s not like I included lo-mein recipes in the back of my book to get them there.

You have these marathon book signings at your readings. I heard your longest you signed books for was 5 ½ hours?

Oh no – the longest one I’ve done is 10 ½ hours in one sitting. After four or five hours people start thanking you for staying there. But after you reach that eight-hour mark, they want to be thanked. And they have every right to want to be thanked. It’s usually young people because they’re better at lying on the floor and you know kind of rolling over. The grown ups just go home.

If that many people came to see Sarah Palin, she’d probably be out of there as soon as possible. When Bill Clinton went on his book tour I heard he signed with his right hand and shook hands with his left. A lot of those people just speed sign and there’s somebody to put the book in front of them and somebody to take the book away. I don’t want everyone to feel rushed so I talk to everybody that’s why it takes so long.

My editor showed me what you signed in his book: “to Arye, an author”, but you can see that before you wrote that you had put “to Arye, a cocksucker” and you crossed out cocksucker.

[laughs] The hard thing now is because of the Internet sometimes you’ll sign someone’s book and they take a picture of it and post it online. Then someone will have seen that and say “you already wrote that in someone else’s book!” But you’re not going to change anyone’s behaviors at a book signing. I was on a one-man campaign to get rid of the word awesome. Or I would write in somebody’s book “You know what today is? Today is the last day you’re going to chew gum with your mouth open.”

Let’s talk about Squirrel Seeks Chipmunk, where the reader learns lessons in morality from a variety of animals. While writing this book you must have thought about what kind of animal people would describe you as?

I’ve given this some thought. I’d probably be a vulture because I pick the flesh off of other people’s experiences. It’s not very flattering, but I have to be honest with myself. I think probably any writer would be a vulture. I don’t think I’m unique in that regard. I think all writers exploit everyone and everything. That’s why you don’t want writers as friends.

The holidays passed a few weeks back. You’ve done several stories about Christmas, but you haven’t done anything for us Jews on Hannukah.

I can’t think beyond Christmas. To me Christmas is the greatest thing ever invented. I don’t like to go caroling and I don’t even necessarily want a tree because it means I have to move the table two feet in the other direction and I don’t do well when furniture is not where it’s supposed to be, but I think I would kill myself if somebody said you can’t have Christmas anymore.

Have you ever been with a Jewish man?

Yeah. I wouldn’t call him my boyfriend because I don’t feel like I had a boyfriend until I was 27. There were people I slept with, but either they were in the closet and they couldn’t make any kind of commitment. It’s strange because I was always a romantic person but the first person that I slept with – we probably slept together a couple dozen times – and I never thought of him as my boyfriend. But one of the first guys that I saw repeatedly was Jewish.