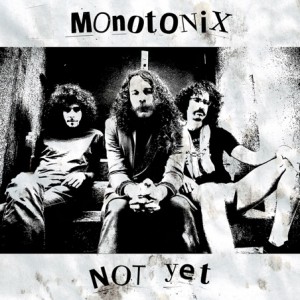 Ami Shalev is the front man of Monotonix, the hardest, roughest, thrashinest garage rock band ever to spread their dove-like wings and sail out from the Holy Land. In fact, they’re pretty much banned from playing anywhere in Israel.  Audience interaction is key at their shows, as the band literally plays in the crowd, and is known to steal their drinks, climb the rafters, crowd surf while playing, and perform the most coveted of simcha rituals; hoisting their drummer, drum kit in tow, and parading him around the concert.

What kind of music were you raised on?

I was raised on pop/rock music.  The first record I bought when I was nine years old was Sergeant Pepper by The Beatles.  But of course this includes a lot of Israeli music.  I don’t have a lot of Israeli records but it gets into your blood if you live there.

One of the first Israeli records that I owned was a bootleg from a live show of a band called Kaveret. [known as Poogy in the West]. They were the first popular rock/pop band in Israel in the early 70s.  There were others but they only got played in clubs in Tel Aviv or Ramla.

How was working with legendary producer Steve Albini on your new album, “Not Yet” which just happens to be coming out on January 25?

It was great, he’s a great engineer and he has a great studio of course.  It was really inspiring to work with him in his studio.  I guess that what we wanted to do was to translate the live energy of our shows into our record, and he was the perfect man for the job. It was just amazing.  He also played snares on one of our tracks.

Some of the album tracks, even the title “Not Yet” imply notions of death.

Well that’s funny because the album name actually came from a conversation with this really cool eighty-year old guy who filmed our show in Tucson, Arizona. He asked me if I had a name for the new album, and I said “Not Yet” and thought, ‘Oh! That’s a good name.” So I used it.

And how about “I Never Died Before” and “Before I pass Away”?

“I Never Died Before” came from a conversation with our bus driver on tour also.  I don’t know why he said it, but it made me think it would sound good in a song.  I admit that this is a very dramatic title, but it’s not very dramatic, very simple even. “Before I Pass Away” talks about things that you said to your girlfriend or wife, regarding something that she wants you to do before you pass away.

If I were religious, I was told that I should say the Shema Israel before I die….

Hahaha, no I’m not a religious jew, but I have a lot of respect for people from all religions.  I have my own religion with guidelines something along the lines of try to do your thing in your way, without hurting anyone else.

I heard you were banned from playing in Tel Aviv?

Yes, this happened close to the time when we started playing. In fact, we are banned from playing in most of Israel.  We play mostly in the US or Europe anyway.  But you have to understand, when we started playing in Israel five years ago, the rock scene there was very conservative.  Promoters and the club owners didn’t really know how to ‘eat’ our show. 80%-90% of our shows in Israel were stopped by the police because of neighbors noise complaints, or because we freaked out the promoters.  The last time we played in Israel was a year and a half ago, with Faith No More, Primus and Dinosaur Jr.

How do you adapt your performance to deal with that type of large football stadiums?

It took us a long time to figure that out because our number one principle and demand is to play in the crowd rather than on stage.  If we can’t do it that way then we don’t see a point in performing. Our whole concept is to be one with the crowd, to be one big unit that is partying all over the place.

Naturally, this can be very tricky at a stadium since not many people will get a chance to see you.  But there was a guy taking photos and they were projected on TV screens and we got a wireless mike for the drum kit.

How did you start playing this crazy style?

I don’t know, I don’t think it’s that crazy.  For us, it’s not something special; it’s just what we do. I guess we are doing something special because I want it to be special, but I don’t feel that there is something crazy going on.  I get a lot of energy because we are playing in the crowd.  It makes every day different, as opposed where being on stage, which gets quite boring, from country to country, state to state, city to city.

Your limbs are often flailing all over the place when you perform. Have you ever touched something weird, or put your hands somewhere it shouldn’t have been?

It’s hard to say, but there are many dirty things involved in our show.  Sometimes we’ll grab a garbage can from the club and dump it on our drummer’s head, and yes, sometimes there are a lot of ugly things in the garbage.  Like one time, I remember a used tampon fell out.

What are you looking forwards to most on your tour?

I hope that it’s going to be fun.  This is our album release tour and we are playing a lot of new songs.  We have some great support bands like Ty Segal and the legendary Federation X who are joining us for a few shows on the east coast.