We’re approaching a critical deadline in the initial round of preliminary funding for the Hebrew Hammer’s much anticipated sequel -“Hebrew Hammer vs. Hitler”. Time is running out for you to help make The Hebrew Hammer vs. Hitler a reality! Head over to their Jewcer crowdfunding campaign page and pledge a few bucks. If they don’t make their initial funding goal, this movie might not happen. And folks? That’s just not acceptable.

With that in mind, the brains over at Hammer HQ want to make sure that everyone is prepared for when the film reaches its crowd-funded benchmark and move on to further stages of production. So, this morning they published the official Hebrew Hammer “Guide to Street Yiddish”, should you ever find yourself in a particular rough chood. In these dark days (Are these dark days? Let’s say yes) its comforting to know the world has a hero like The Hammer to show us all the way. 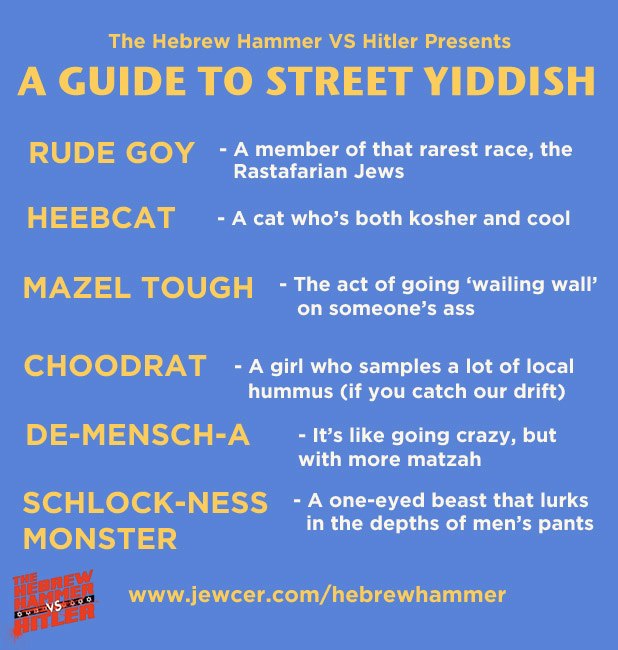