It’s no secret that there’s a bad case of Inglourious Basterds fever going around the Heeb office. Lucky for us, our dream of getting into the on-screen action ourselves has finally become a reality. The Inglourious Basterds online video game lets you live vicariously through the Boston-raised, bat-wielding “Bear Jew,” portrayed by Eli Roth in the movie and voiced by him in the game (Get ready for lines like “Outta Fenway Park” and “You’re retarded” uttered while smashing Nazi skulls).

After spending the better part of the afternoon playing, I thought I was doing pretty well with a score of 276,700, but I soon realized that I was still in the pee-wee leagues of Nazi killing. The game’s current top scorer has 1,410,067,500 points (yeah, over a billion). Still, the Basterds game got me psyched to go see the movie again, and made me think of some of my other favorite movie promotion gimmicks. Here are my top 10:

Apparently test groups didn’t react well to images of Jason Segel’s face (wish someone had told us this before we put him on the cover of our magazine). To get around this problem, Apatow Productions devised the I Hate Sarah Marshall campaign, which featured no actors in the billboard promotions and directed viewers to the a fake blog set up by Jason Segel’s character in the film.

Even funnier than the campaign itself, however, was the counter campaign from a girl whose actual name was Sarah Marshall. She started her own Judd Apatow Sucks project. 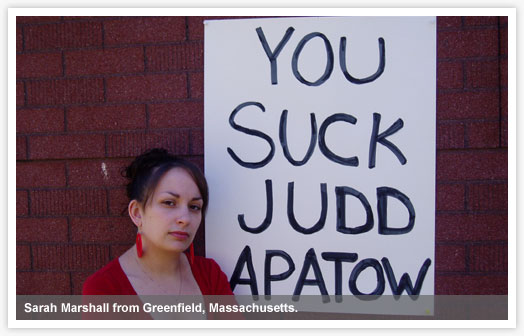 This was the first campaign to harness the power of the Internet by launching a very effective website designed lead the viewer to believe that the movie was created from actual documentary footage. 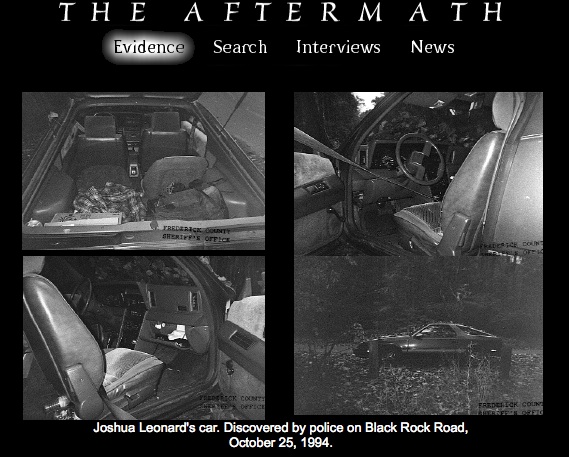 This campaign is doubtlessly the grandfather of the recent resurgence in tag lines like “Based on a True Story” and even more ambiguous “Inspired by Actual Events".

To promote Snakes on a Plane, New Line Cinema launched a website that allowed people to fill in information about a friend (name, job, hobbies, etc) and the friend would then get a personalized voice message from Snakes on a Plane star Samuel L. Jackson angrily demanding that they see the movie. 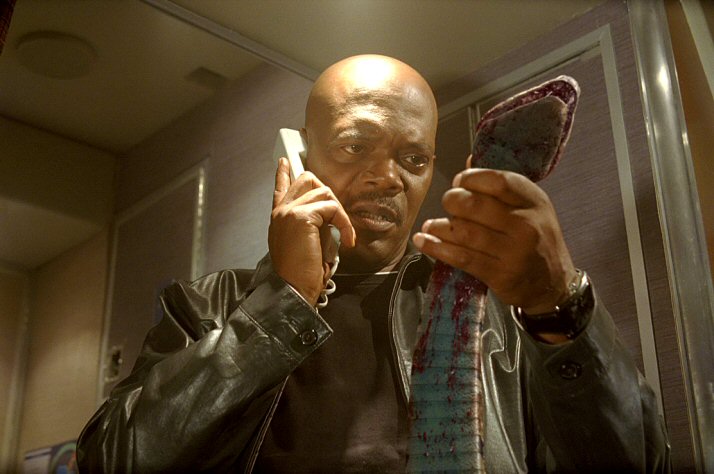 Unfortunately, clever promotion ended up being the only thing Snakes On A Plane had going for it, and the movie itself left patrons as cold as the titular villains blood.

Posting lightboards that looked like characters from the Adult swim cartoon throughout Boston seemed like an inspired piece of “guerrilla” marketing.

However, when some do-gooder thought the sign was part of a terrorist plot it led to half of Boston’s emergency crews being mobilized, including federal agents, bomb squads, hundreds of police and the U.S. Coast Guard. Roads, bridges, and even part of the Charles River were closed. A truly hilarious miscommunication, unless you had somewhere to go in Boston that day— or if you were Cartoon Network’s general manager who "stepped down" following the event.

Bootysweat, a fictional energy drink from Tropic Thunder, became a reality as part of the promotion for the film. 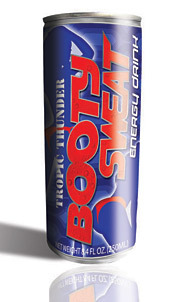 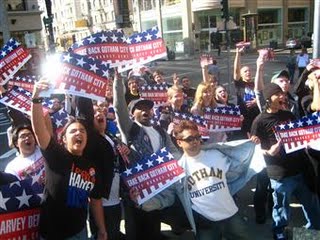 Director William Castle was always known for his gimmicks, but perhaps the most inventive was the “coward’s corner.” Before the climax of Homicidal, members of the audience were allowed to leave the theater and get a full refund if they felt they couldn’t handle the “shocking” ending. The only stipulation was that in order to get the refund anyone who left the theater would have to stand in a yellow box called “the coward’s corner” inside the theater lobby and wait for the rest of the audience to walk by. 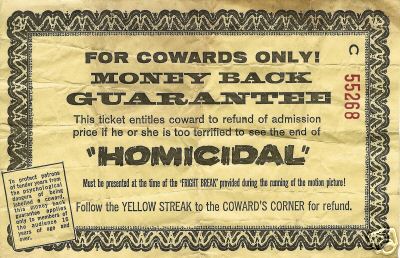 To promote Judd Apatow’s recent underperformer, Universal Studios shot several short segments from a fictional TV show, which was a plot point of the movie. The fake show, titled Yo Teach, is ostensibly a comedy about an inspiring teacher in an inner city school.

Although the parody of cheese sitcoms was pitch-perfect, it was underwhelming in the buzz-generating department. Perhaps a little highbrow for the two-girls-one-cup/goatse viral video crowd.

The Simpsons Movie held a competition to determine once and for all which state the Simpson’s Springfield was located in. Fourteen Springfields entered the competition to hold the movie’s premiere by making videos demonstrating why they were the Springfield most like that inhabited by the cartoon Simpsons. 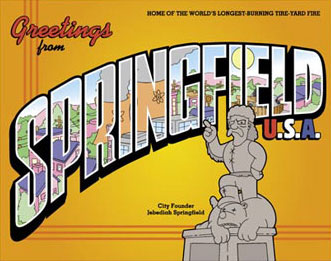 None of the videos were particularly interesting, but it was a good idea nonetheless. Long story short—they’re from Vermont. 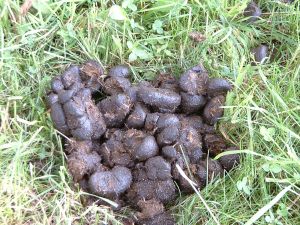 Actually, I made this one up—but wouldn’t that have been awesome?