In Spike Lee’s 1:14 minute montage of ethnic sparring, the Korean grocer’s rant about “Jew assholes” includes references to former New York City Mayor Ed Koch, chocolate egg creams, bagels with lox and the B’nai B’rith. Spike Lee haters among you can arm yourselves with the knowledge that, unlike every other ethnic target in the sequence, there are no Jewish characters in the film.

The stoned Bar Mitzvah scene of the Coen Brothers’s Jewish vanity project is a delirious snapshot of Jewish Minneapolis, MN in 1967. Baked out of his mind, 13-year-old Danny Gopnik (Aaron Wolff) slowly makes his way to the bimah. Through his drug haze, he sees the haunting, alien world that surrounds him in full detail for the first time. 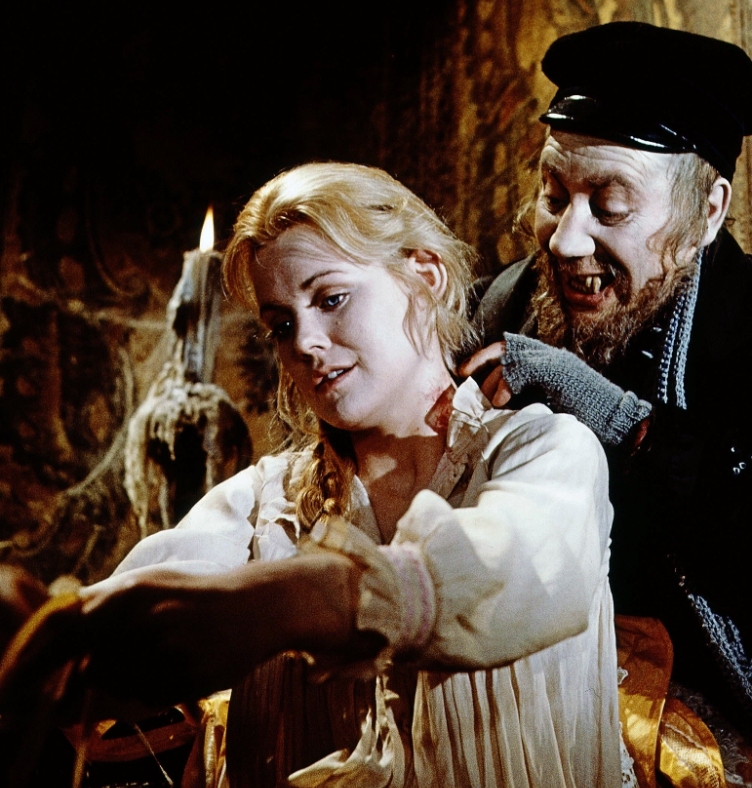 When beautiful shiksa maid (Leona Lewis) tries to ward off Jewish innkeeper-turned-vampire Shagal (Alfie Bass) with a cross, he mocks her. (“Boy, have you got the wrong vampire.”) We can’t help but read into things. 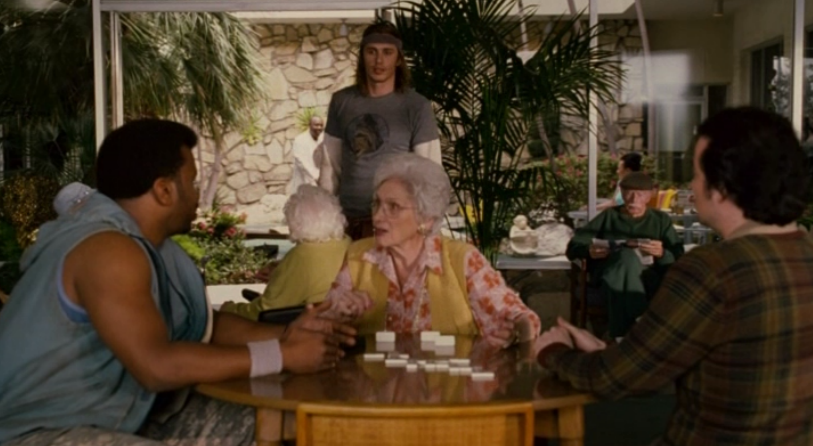 Saul Silver may become for James Franco what Jeff Spicoli was for Sean Penn — a stoner/slacker pop icon that overshadows a great actor and occupies more cultural memory that he deserves. Interestingly, the role of the secretly sensitive drug dealer trying to support his “bubbe” was originally intended for Franco’s co-star Seth Rogan. 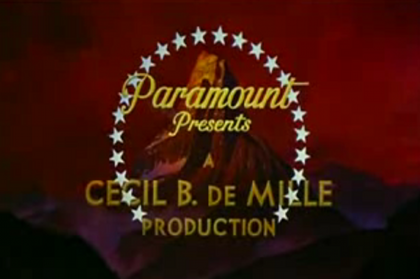 The second-highest grossing religious epic of all time (yeah, you know who has the top slot) opens with the image of Mt. Sinai replacing the iconic Paramount Studios mountain. We imagine that the “controlling Hollywood” jokes started around this time. 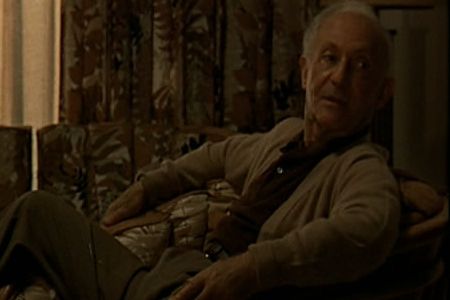 At his Miami condo, Hyman Roth (Lee Strasberg) explains to Michael Corleone (Al Pacino) how he’s loved baseball ever since real-life Jewish gangster Arnold Rothstein fixed the 1919 World Series. An apocryphal moment, Strasberg plays it earnestly to show the feeling of camaraderie shared by the Jewish gangsters of yesteryear. Speaking of camaraderie, shortly after the film”s premiere, Meir Lansky, phoned Strasberg to tell him he enjoyed the film, even though he wished he’d been portrayed more sympathetically. 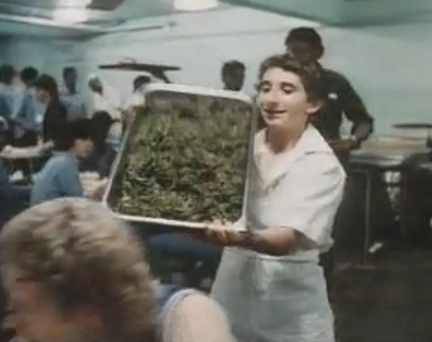 Trapped in juvie and relegated to kitchen duty, Horowitz (Eric Gurry) goes ape shit when the much bigger Viking Lofgren calls him “a good little kike.” Diminutive Horowitz pours a heaping tray of spinach on Lofgren’s head, kicks him in the balls, tosses a can of garbage over his head, all the while hamming it up while his fellow teen inmates applaud. The food fight that ensues makes the one in Animal House look like high tea at Martha Stewart’s.

Successful defense attorney Eli Gould is found dead in his office with the word “GREED” scrawled on the floor beside him. The killer, it seems, forced the victim to carve off a pound of his flesh for his sins. Detective David Mills (Brad Pitt) doesn’t treat the incident as a Jewish hate crime, but as we later learn, Mills sometimes has trouble putting 2 and 2 together.

Scholars may debate when and where the Jewish people originated, but if Watto, the hook-nosed, hatted, greedy slave owner in Star Wars: Episode I is any indication, we were around a long, long time ago, in a galaxy far, far away.

At the prime of his career, Woody Allen navigates the intersection of religion and food in a black and white-era television game show titled What’s My Perversion? Contestant Rabbi Chaim Baumel of Muncie, Indiana wins the opportunity to act out an intricate fantasy in which he’s tied up and spanked by a blonde “governess” while his wife eats pork at his feet. Allen would return to the theme later in Annie Hall with lobster and Hannah and Her Sisters with Wonder Bread and mayo to explore Platonic love and the search for God, respectively.