Lots of movies have a single, solitary, token Jew, and usually that character’s Jewishness is a source of existential angst, or the guy’s just a blunt caricature. What we like about the club scene with Ben Stone (Seth Rogan) and friends discussing Munich is that their ethnicity’s a source of pride. Single, solitary, token non-Jew character Martin (Martin Starr) is the odd man out here. Jewishness, in the films of Judd Apatow, is not the occasion for an identity crisis, as it might have been for his comic predecessors. 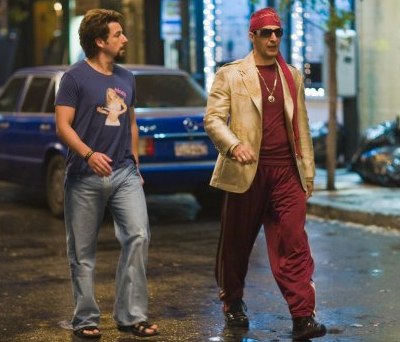 Israelis all over New York pull out their grenades and Uzis to protect the Zohan (Adam Sandler) while he battles the Phantom (John Turturro). It’s as well coordinated as the raid on Entebbe. 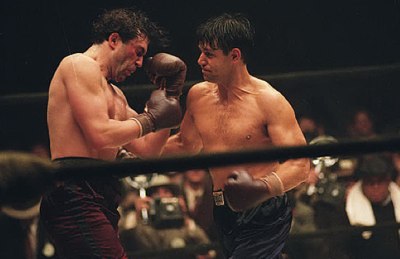 The night before his big fight with James Braddock (Russell Crowe), the oversexed Max Baer (Craig Bierko) spends the night partying with two broads. Seemingly unsatisfied, Baer hits on Braddock’s wife, played by a mousy Renee Zellweger. Can you blame us for rooting for Baer the next day? 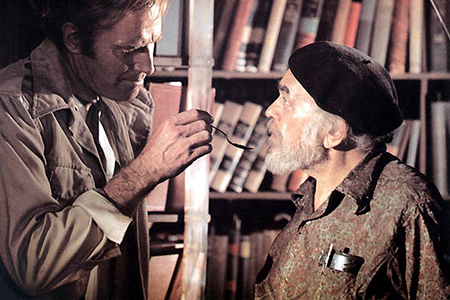 In his final role, Edward G. Robinson plays Sol Roth in this dystopic thriller about an overpopulated and malnourished Earth. Watching Roth toast “L’Chaim” with Thorn (Charlton Heston) is a poignant end for both a character and actor who will soon meet their maker. 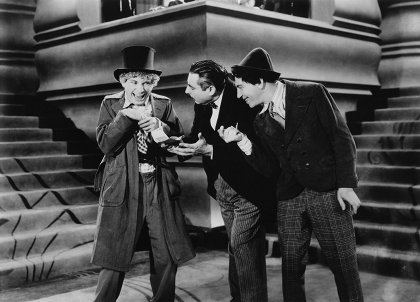 Signor Emanuel Ravelli (Chico) and The Professor (Harpo) recognize millionaire Roscoe Chandler (Louis Sorin) as “Abie the Fishman” from Czechoslovakia. Surprised by his new status, Ravelli asks, “How did you get to be Roscoe W. Chandler,” to which Chandler replies, “Say, how did you get to be an Italian?” These two sentences manage to capture the entire American-Jewish experience. 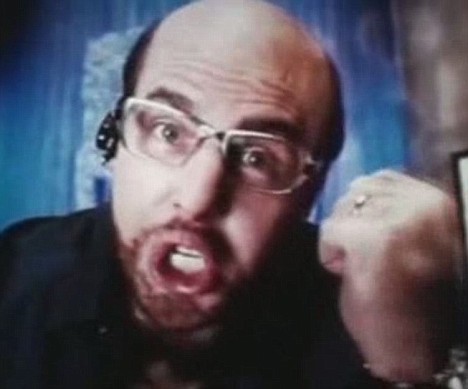 Tom Cruise plays Les Grossman, a Hollywood studio exec who’s over-the-top in every respect, except when it comes to his roots. That’s why it’s magical when Grossman berates actor Tugg Speedman (Ben Stiller) about the waning popularity of his Scorcher character: “The kids aren’t dressing as Scorcher for Purim anymore!”

And you thought Mickey was Irish, didn’t you? Rocky Balboa says Kaddish for Mickey Goldmill (Burgess Meredith) after the crotchety but beloved manager dies of heart failure. When, in Rocky V, we learn Mickey bequeathed his gym to Balboa, this Jewish story gains even greater pathos. No children.

In case you hadn’t already guessed that klutzy, perpetually famished Laurence “Chunk” Cohen was Jewish, the impromptu prayer he squeaks out upon running into the Fratellis on route to the police —”Baruch Attah Adonai…”—leaves little doubt.

In an attempt to find the hospital records of the man a man who mysteriously offered him big bucks to kill him, investigative reporter Irwin M. Fletcher (Chevy Chase) dons a stethoscope, glances at the hospital directory and introduces himself as “Dr. Rosen-Rosen” to an inquisitive nurse. And it works. 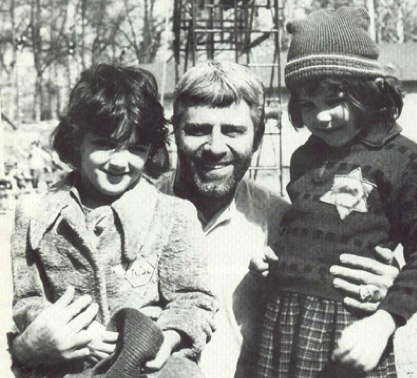 Just because this Jewish movie moment never was, doesn’t mean it can’t be great. This unfinished, unreleased film, starring Jerry Lewis as German circus clown Helmut Dorque, tells the tale of a man forced to lead Jewish children—Pied Piper-like—to the gas chambers. Though never publicly viewed, it remains the stuff of legends. The climax, in which a remorseful Dorque dramatically enters the gas chamber himself, might have put this film a spot in our top ten, had we been able to see it.