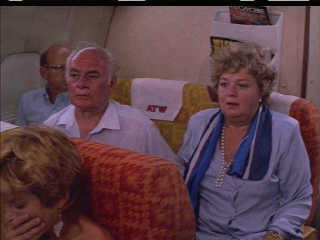 Flight 282 is hijacked by the pro-Khomeini New World Revolutionaries. In search of Jews, the terrorists instruct the German stewardess to collect all passports. Spotting an Auschwitz tattoo on Harry Goldman’s (Joey Bishop) arm, the fraulein and the survivor exchange a look. Then, Chicago priest William O’Malley (George Kennedy) boldly proclaims, “I’m Jewish, just like Jesus Christ. You take one of us, you gotta take us all!” Israeli producers Golan and Globus were never known for their subtlety. 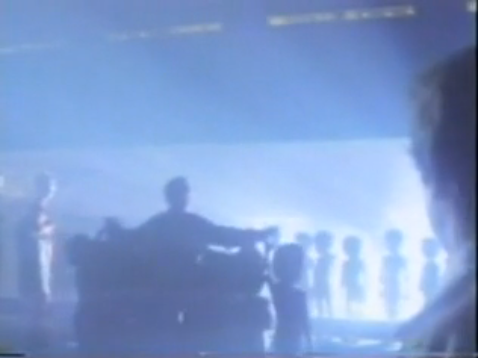 The aliens wanted to understand what makes a typical human being tick, so they snatch Roy Neary (megajew Richard Dreyfuss)? As Neary goes onto their ship before an audience of trained scientists, miliary officers and government officials, we can’t help but think of the American audience watching Speilberg’s new model of the everyman.

Don Birnam (Ray Milland) definitely picked the wrong weekend to pull a bender. His brother Wick normally keeps him clean, but he’s heading out of town. As soon as Wick’s off for the train, Don’s out the door, typewriter in tow, with plans to hock it for an easy 10-spot and score a couple bottles. (Naturally, like all good drunks, he’s a failed writer.) But, alas, try finding a pawnshop that’s open on Yom Kippur.

Convicted bank robber Virgil Starkwell (Woody Allen) volunteers to take an experimental drug in exchange for an early release. Unfortunately, an unexpected side effect temporarily changes him into an Hasidic Jew. This is the first of three occasions such a transformation occurs in Allen’s films (Annie Hall, Zelig) and the most comically successful.

In Billy Wilder’s Academy Award-winning masterpiece, C.C. Baxter (Jack Lemmon) pimps out his pad to superiors who need a place for fun times with their mistresses. The elegantly written screenplay and bawdy subtext prophesies the impending American sexual revolution. The role of moral center falls on neighbor Dr. Dreyfuss (Jack Kruschen), who manages to teach the flawed Baxter to “become a mensch.”

Gefilte fish out of water Judy Benjamin (Goldie Hawn) flees Long Island and enlists in the army in what is effectively a grand mediation on the JAP stereotype. The “J-word” may never be uttered in the film, but Jewish jokes proliferate its subtext. Benjamin, for example, opts to enlist shortly after she surprises her husband (Albert Brooks) with a bee-jay on their wedding night. 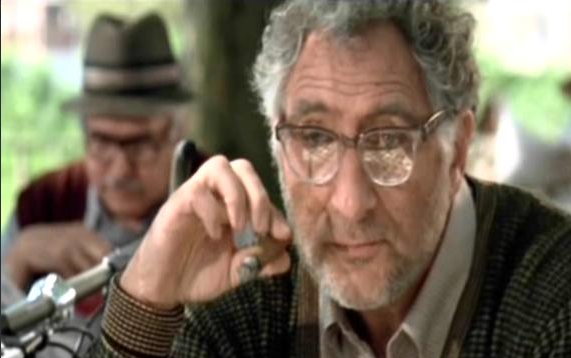 Julius Levinson (Judd Hirsch) is the father of the intellectual savior of the world. (Son David, played by Jeff Goldblum, comes up with the alien-destroying plan.) On the brink of doom, Julius asks the President’s advisor to pray with him; when the guy says he’s not Jewish, Julius responds, “Well, nobody’s perfect.” (Bonus: Keep an eye out for the Israeli Air Force planes that got the movie banned throughout the Arab world.)

On the hunt for the film’s pot-smoking protagonists, the feds try to bribe info out of their friends/Semitic counterparts: Rosenberg (Eddie Kaye Thomas) and Goldstein (David Krumholtz). An agent spills a tempting pile of pennies out on the table, yet the two hold fast . . . until the frustrated feds exit the room. As soon as he’s gone, they dive for those coins.

Over the course of decades, filmmakers all over the world have attempted to come to grips with the Holocaust. Perhaps none, however, have approached capturing its elusive meaning better than the makers of Harold & Kumar: When Goldstein (Krumholtz) describes Katie Holmes tits in The Gift, he declares, “You know the Holocaust? Picture the opposite of that.”

Titular character (Adam Goldberg) brings Esther Bloomenbergensteinenthal (Judy Greer) to climax with his sweet nothings: “I want to have lots of children by you. I want to get a good-paying, stable job. I want for our children to go to private schools . . . Also, on a daily basis, I want you to tell me what to do, where to do it and how I should live my life.” Simply put: the greatest Jewish love scene in the history of film.