10 Ways That Summer Camp And (Televised) Prison Are Alike

As Natasha Lyonne’s character explains to new women’s correctional facility inmate Taylor Schilling’s character in the first episode of Netflix’s  smash series Orange is the New Black, “It’s like the Hamptons, only fucking horrible.” Well, camp isn’t like the Hamptons, but it is really fucking awesome. And somewhere in between fucking horrible and fucking awesome, there is a slight overlap in which exists some notable – undeniable, even – similarities. Having just gotten back from a ten year reunion at my childhood Jewish sleep-away camp, I couldn’t help but remember the cold showers, bland food, and all the naked boobs. That’s why, if any of the following list sounds like fun to you, you should go to summer camp. And if any one of the following Ten Ways Summer Camp And Prison Are Alike sound terrible to you, you should stay out of prison. 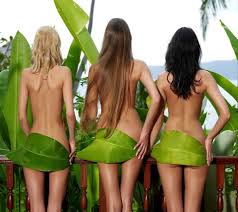 1. Everyone has seen each other naked. Let’s get right to it. At camp, just as in prison, there is very little privacy. Frequently, campers shower together, and on particularly hot days hang out on their bunks in their underwear or entirely in the nude. At first, it’s jarring, but after a few weeks you begin to realize being naked is simply more comfortable than wearing clothes, and doubling up for showers means double the amount of people that get hot water. That being said, camp showers are a safer place to drop the soap, and people are probably more willing to share their floral scented shaving cream. Also, while many girls learn to shave their legs for the first time at camp, I’m guessing (and this is based on absolutely nothing other than my watching television) that prison inmates are more likely to go au natural. After all, they don’t have 13 year old boys feeling up their calves at the camp fire. 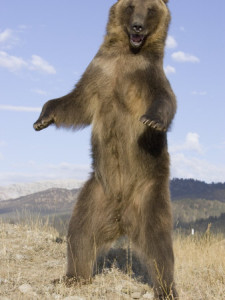 2. Making yourself appear tough to scare off predators. At camp it’s bears, in prison it’s humans who are bigger and/or meaner than you. To scare off bears, one camper gets on another campers back, makes their hands look like claws, and snarls. To scare off other prisoners, try not pissing them off in the first place. 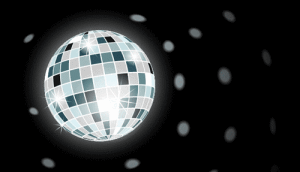 3. The dance breaks. There have been at least two moments on OItNB where inmates have broken out into song or dance. This happens all the time at camp! In cabins, in the dining hall, at the camp fire, pretty much anything is a good excuse for belting out pop songs and practicing the moves you one day hope to use on boys or your girlfriends. Of course, at camp, these kind of moves are a lot less likely to be misunderstood and land you in solitary confinement. 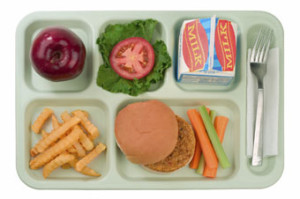 4. The institutional food. At both camp and prisons, and in schools for that matter, food is made in enormous quantities, and generally lacks taste or is way over-salted. There are, of course, special meals that are exceptions. On Orange is the New Black, the girls love Taco Night. That was our favourite night at camp! Nothing unites all humans quite like the love for Mexican food. 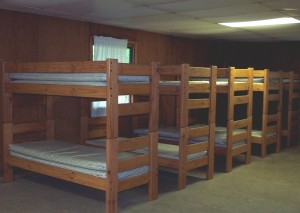 5. You bed becomes your house. The only thing that’s really yours in prison or at camp is your bunk. You can decorate it, it’s your responsibility to keep it tidy, and it’s where you hide your contraband, whether that be Jelly Bellies or a screwdriver you accidentally stole from your shop assignment. 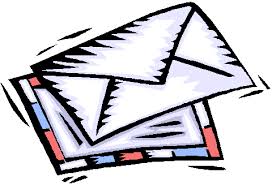 6. It’s awesome to get mail or visitors. It’s always nice to know someone on the outside is thinking of you. It’s even nicer when they let you know they’re thinking of you by sending you candy or stickers. 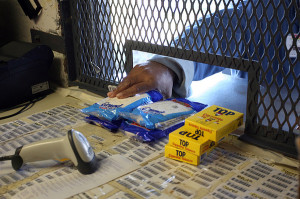 7. Canteen. On OTTNB, they have “Commissary,” where the inmates can purchase items they might need or want, like flip flops, candy, and toothbrushes. We had something just like that at camp, called “Canteen.” Canteen was a privilege, and could be revoked by the staff if we failed to get places on time or didn’t sufficiently clean our cabins. In prison, your commissary may be revoked if a group of inmates are withholding food and supplies from you in an attempt to “starve you out.” So, you know, it’s a sad thing to lose access to for whatever reason.

8. The sexual experimentation. “Experimentation” in prison is obviously same sex sex (and according to OITNB, it’s good, good sex), and comes not only from sexual preference, but from necessity. (Unless of course the female inmates are sleeping with the guards.) At camp, the amount of sexual experimentation is based on the age of the campers and the acceptance that camp shows to that kind of thing, but can also be based on the boy to girl ratio, and the amount campers may feel the need to stifle their sexuality during the school year. I spent two of my high-school summers in Warwick, NY at what I like to describe as Jewish bisexual camp, where one guy I dated left me for another guy. I was excited for him, in part because he was exploring his sexuality, but mainly because I was still so afraid of making out that I was happy I wouldn’t have to be the one to do it with him. 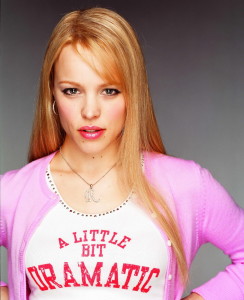 9. That one girl who is “The WORST.” At camp, it’s some Rachel or Sarah who has all the cool clothes, gets all the boys, and has chosen you to be the one girl she spreads vicious rumours about. In prison, it’s the born-again Christian who murdered someone in an abortion clinic and is now trying to stab you with a wooden cross she filed down into a shank. 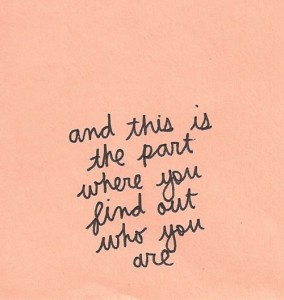 10. Finding out who you truly are. Because there’s nothing like being taken away from all your friends and family and dropped off at an isolated facility in the middle of nowhere to turn you into the best version of yourself.