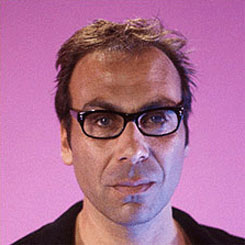 I am a card-carrying work alcoholic who takes his comedy very seriously, and I want to share something with you: I recently had a panic attack returning home from Eastern Europe with my newly adopted son, a Croatian lesbian that I have named “Duvet.”

This event was not the cause of my stress, for I have adopted many children from orphanages around the world and have thoroughly enjoyed raising my brood “Sock,”  “Geneva” and the youngest, “Latch Key.”

My nerves were shattered when I received a rather terse text/plea to write a foreword to a foreword for the sensational book/blog/anal tribute, Stuff Tushies Hate. My breathing became Mel Gibson-ish and, to the astonishment of my new gay daughter/son, I heard myself say, “Blow me.”

I speed dialed my life coach to ask him his advice and was told by his secretary that my life guru committed suicide by jumping off Mount Rushmore after learning that the monument was not a “natural phenomena” but, in fact, man made. Sad.

Which brings us to Stuff Tushies Hate: Sad. This blog/book/insert literary term could never have happened in nature and is as artificial as a Pillsbury Easter egg in Filene’s Basement. Rude and unnecessary.

Having to write about it again and stop my life and again put Oprah on mute makes me makes want to Google-map Mount Rushmore and scale Thomas Jefferson’s face. Because, if I have to write one more thing about this book, I will be soon joining my departed life coach and nose-dive off that nostril quicker than you can “Nasonex.”

But I am addicted to excellence, championship and going over and above the call of duty. I am addicted to people who blow me away with their brilliance and imagination. I am powerless over it and, after reading this book, I think I am better off dead. But I will not kill myself until I am done being eaten by Sigourney Weaver in the new Amy Heckerling Film Vamps, now in production.