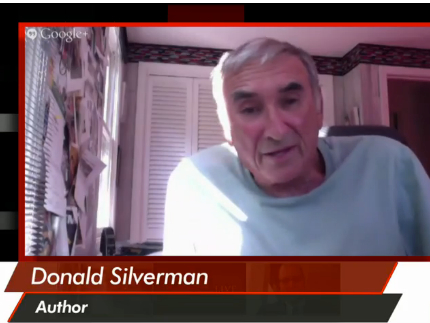 If you’re wondering where Sarah Silverman gets her acid tongue, or her sister Susan gets her indomitable sense of social justice, look no further than her demonstratively awesome father, Donald. You might remember Donald from an incident a few months back, in which he called out an Orthodox Rabbi who’d claimed his daughter Sarah was unfit for motherhood (He started “Hey Rabbi Idiot...”) Now Donald Silverman, an accomplished author in his own right, is back and just as feisty as last time.

In a recently taped interview for HuffPo Live, when asked about the new Bravo TV series “Princesses: Long Island” and the term JAP in general, Donald didn’t mince words:

I find the word JAP to be rather disgusting and it refers to selfish, entitled people who are Jewish. There’s probably other entitled, selfish people besides Jews.

That something is being an asshole. To refer to yourself as materialistic and selfish — they just don’t get what life is all about.

Now, in fairness, I know some perfectly lovely JAPs. Some of my best friends are JAPs. Hell, some might argue, Donald, that your daughter Sarah made her career playing JAPs… Still, self-centered Princesses of the world, consider yourself on notice – Donald Silverman is having none of your shit.


What do you think?