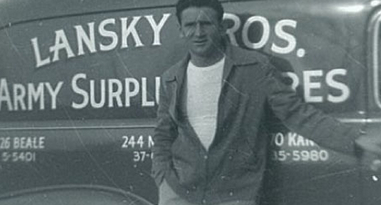 Odds are you’ve never heard of Bernard Lansky (who insisted on being called “Mr. B”), or Lansky Brothers, his clothing shop in Memphis, TN. But, while you may not know his name, you’ve probably seen Bernard’s work – iconic suits worn by rock and roll luminaries such as Roy Orbison, B.B. King and, most notably, Elvis Presley. As reported by MemphisFlyer.com, Bernard Lansky died this morning, at the age of 85.

Lansky, in an 2001 interview with the New York Times, recalls a conversation with a pre-“King” Elvis:

And buy from Lansky, he did. According to the Times, It was Lansky who first dressed Elvis in high collared shirts, pegged pants, and even went on to define Elvis’ favorite color combination (black, with pink piping). In 1956, Elvis turned to Lansky to ensure he looked his best for what would become an iconic first performance on the Ed Sullivan show.

While Lansky wasn’t involved in Elvis’ later (and oft-mocked) foray into sequined jumpsuits, his name has nonetheless become inextricably linked with that of the King; His personal tagline, “Clothier to the King of Rock and Roll”, is registered in tandem with Elvis’ estate.

Lansky’s shop, operated by Bernard and his brother Guy, was first purchased by their father Sam. [EDITOR’S NOTE: There is some disagreement whether Meyer Lansky, who gained some notoriety of his own, was Sam’s brother] Located in Memphis’ Jazz and Blues mecca, Beale St., Lansky Brothers clothiers served the neighborhood’s predominantly African American clientele, a mixture of the highly fashionable looking to dress for a night on the town, along with visiting musicians, pimps, and gamblers interested in acting sharp, and looking sharper. And, as happened in cities across the country, it was this mingling of Jewish and Black that resulted in some of the most interesting cultural expressions of the 20th century – in this case, a fashion statement that burst across the national consciousness as Rock and Roll captured the ears – and eyes – of the world.

Bernard Lansky may never have the name recognition of fellow behind-the-scenes, Jewish rock and roll impresario Alan Freed. But, for anyone trying to look like a rock star, the shop still sells denim, sports-wear, and rock and roll fashion from its home in Memphis’ famous Peabody hotel, where it moved in 1981.

If Rock and roll is more than just music, then the world owes Bernard Lansky a debt of gratitude for making sure it looks as cool as it sounds. 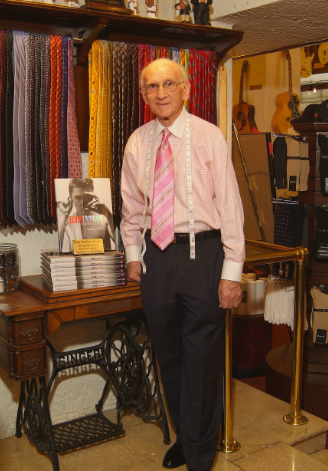