Revenge is Best Served to Siblings 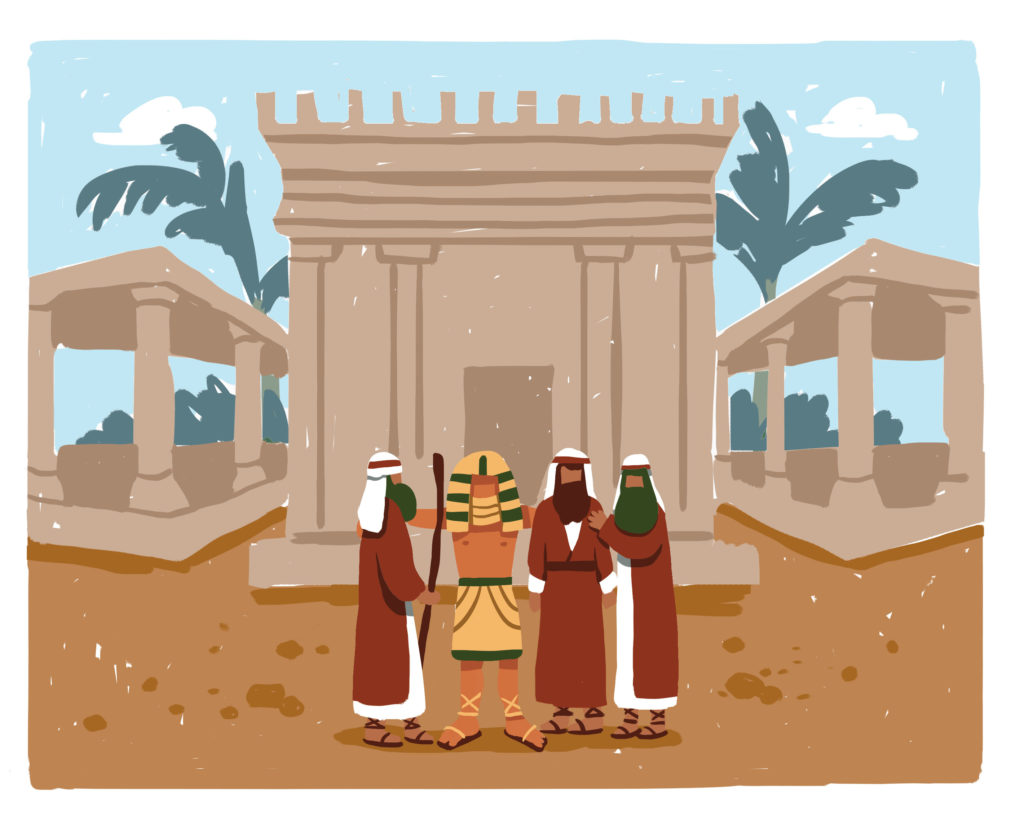 During a terrible famine, Joseph’s brothers traveled to the Egyptian palace, begging for food. Any normal person would have just hugged his brothers and had happy ending at that point. But Joseph wasn’t a normal person. Joseph was an especially awesome person. And special, awesome people want revenge.

Brothers (not recognizing Joseph somehow): Please help us! We’re starving.
Joseph: You guys are spies.
Brothers: What? No, we’re not!
Joseph: That’s exactly what spies would say. To the dungeons!

Then Joseph frames his brother, Benjamin, for stealing his special cup.

Joseph: Thief! Benjamin, you shall be my slave now!
Brothers: Wait, our father loves Benjamin. He’ll die if we don’t bring him back.
Joseph: Guess how many shits I give about Dad? I mean, about your Dad.
Brothers: Please, just give us another chance.
Joseph: GUESS, I SAY! Guess how many shits!
Brother: Zero?
Joseph: Exactly. Zero. I have zero shits to give. I have plenty of food. But zero shits. And now you will receive both zero food and zero shits. Gotta have food to shit.
Brothers: We’re begging you.
Joseph: You guys are real smart all of a sudden, knowing how few shits I give. Too bad you couldn’t use that intelligence to NOT steal my stuff. And you failed to figure out the most important thing …

Joseph rips off his moustache.

Joseph: It is I, Joseph! Your brother!
Brothers: Holy shit. Joseph?
Joseph: This is indeed some holy shit. I’m not just Dad’s favorite, I’m God’s favorite too! And now I rule Egypt, bitches!
Brothers: Oh my God. You really ARE as cool and popular as you always said you were!
Joseph: I KNOW, right? Benjamin didn’t really steal the cup. I set him up. It was all an elaborate test. Aren’t I smart?
Brothers: So smart. Can we have some bread now?
Joseph: Yeah, sure. Bring Dad too. I’m saving all your asses.

So the brothers traveled back to Jacob and explained all that had happened. Many tears were cried, and many shits given. That night, God came to Jacob in a vision.

God: Hey, I know I’m late to the game on this. But check me out! God. Being part of the story.
Jacob: I’m kind of busy starving at the moment. Because of your famine.
God: Right, right. Well, I’m here to … tell you something important. Go to Egypt, Jacob! You’ll at last be reunited with your son Joseph there.
Jacob: Yes, that is currently the plan. We just had a whole thing where we figured all that out.
God: Oh.
Jacob: So if there isn’t anything else you wanted to tell me—
God: You’re gonna die soon.
Jacob: I’m 130. I kinda figured.
God: Kewl. So … I dunno, want to grab a beer or something?
Jacob: Not now. I can maybe pencil you in for after I’m dead. Possibly from starvation.
God: Gotcha. Well, if you change your mind, it’s shadow puppet night at Plato’s cave in a couple thousand years. I can pull some string theories and get you in.
Jacob: I’ll let you know if my schedule frees up.
God: I have lots of friends.
Jacob: I’m sure you do.

So the whole family was reunited, and they all lived happily ever after. Plus, everyone else in the kingdom was starving too, so Joseph got to buy all their land for food and turn them into serfs. And everyone agreed, under threat of starvation, that Joseph was the coolest guy ever.