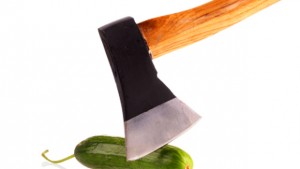 Jews and Muslims are all aflutter over the decision by a court in Cologne, Germany banning religious circumcision.  Apparently, a doctor botched the snipping of a 4-year old Muslim kid, leaving him with four stitches (which highlights Jewdar’s belief that when it comes to a bris, go with the mohel–we don’t care that a guy has a medical degree, we want the guy who knows foreskins).

We don’t know much about German law, but we presume that by the time this works its way through the EU, religious circumcision will be protected. Either way, while some optimists might see this as a wonderful opportunity to build bridges between the two communities, we suspect that this is one of those situations where we’re about to see exactly how different they are.  Muslims will use this as a pretext for blowing things up.  Jews will use this as a pretext for extracting more reparations from the German government.