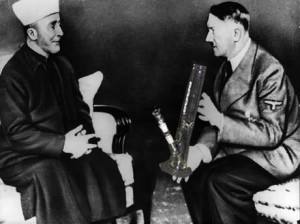 “Adolf Hitler made me grow it,” Darin Badami claimed when cops busted him for growing marijuana in his Nebraska home Wednesday, Toke of the Town reports. The Omaha Police Department came to Badami’s house for a court-ordered search.

During their search they found an undisclosed amount of weed, which Badami, 42, admits belonged to him. According to ABC in Omaha, he explained to the police, he was “just following orders.”