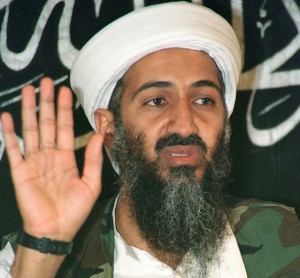 First of all, Jewdar would like to lay claim to having the most awesome headline about the death of Osama bin Laden (our alternate–“Bin Laden Been Killed”–isn’t too shabby either). If you’re just tuning in and finding out now about Osama bin Laden…well, that’s just sad. I mean, really, who turns to Heeb first thing in the morning for current events?

We’re also not thrilled by the various blurbs tweeting around the Jewish blogosphere linking bin Laden’s death to Yom Hashoah. Let’s face it, monstrous as Bin Laden was, he’s not quite Holocaust monstrous (personally, we’re waiting for the right-wing to attack Obama for announcing Bin Laden’s death on May Day, clearly an effort to get Americans to celebrate a Socialist holiday).

At any rate, Osama bin Laden is dead, and good riddance to bad rubbish. As Heeb Magazine’s Military Affairs Editor, it falls upon Jewdar to provide the official analysis of this significant event. First of all, congrats to the Navy SEALS on a job well done. We would have preferred a US Army operation, (awwww, who are we kidding; for the last nine years, part of us was hoping that for some convoluted reason – perhaps the discovery that Osama was wearing a black hat and living in a compound in Monsey – we would be called back to active service to lead the operation) but we’ll give credit where it’s due for a job well done. As for the details, we’ll find out over time (we’re expecting a big spread in Martha Stewart Living about how you can make your house look like Osama’s Abottobad Dream McMansion).

But seriously, we are pretty pleased with Osama’s death, especially after finding out that he was living in such swank digs, laughing at all this talk about being a troglodyte. I mean really, here we are, looking through every cave in Pakistan, and he’s probably lounging in a pool with a floating hummus bar, Jersey Shore, Quaeda-style. While we’re not the type to go around chanting “USA, USA” for anything, nonetheless, if anybody’s death merits a certain amount of chanting and fist pounding, we guess this is it. 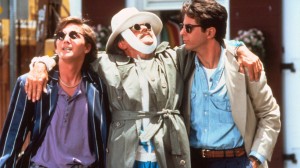 Finally, we’d like to give credit to whomever came up with the whole burial at sea idea, which not only prevents his grave from becoming a shrine, but will make sure that Al-Quaeda doesn’t dig up his body and pull a Weekend at Bernie’s II. Now that would be a real disaster for America.