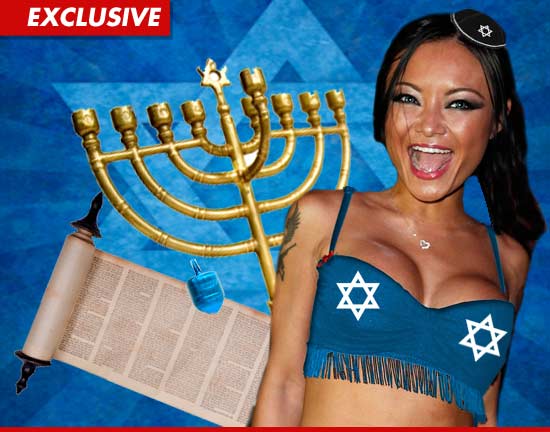 Let’s assume the universe is a perfectly symmetrical system, in which the Newtonian principal of equal and opposite reactions holds true. With that in mind, vapid fame-whore Tila Tequila’s proclamation that she’s converting to Judaism can easily be seen as the natural cosmic reaction to Matisyahu’s recent split from Orthodox Judaism.

Which isn’t to say Ms. Tequila is going to be diving into Judaism with the same gusto she’s brought to a lifetime of terrible decisions. While she did skip Christmas this year, she admits, “I feel Orthodox is a little hardcore for me at this stage.” Considering this is the same woman who was nearly killed by a crowd of semi-literate cavemen, that’s saying a lot.