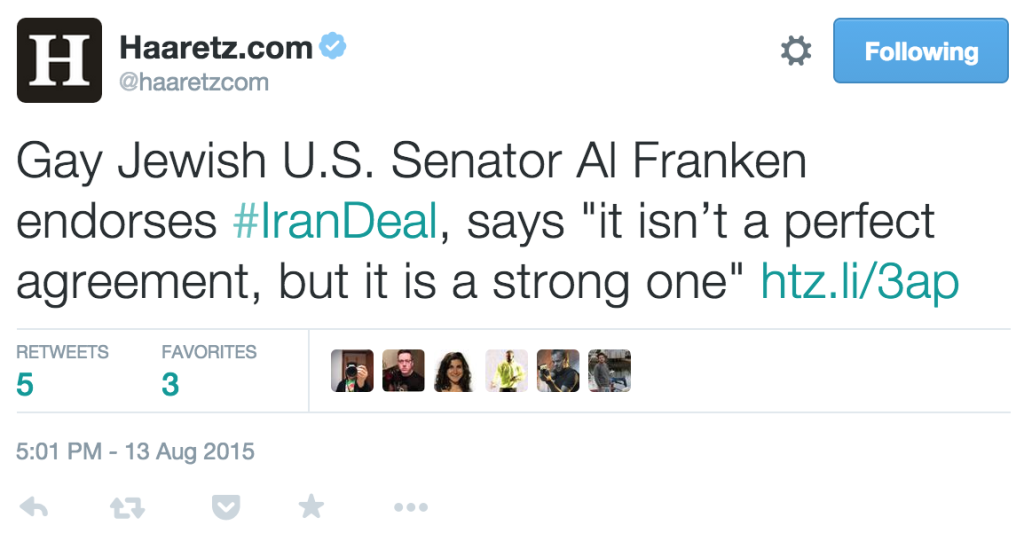 While Sen. Franken is, in fact, a Jewish U.S. senator, and an outspoken supporter of LGBT rights, he is almost certainly (I mean, who really knows what’s in a person’s heart, right?) not actually gay, himself.