Life, Laughs, and Letters to Hitler 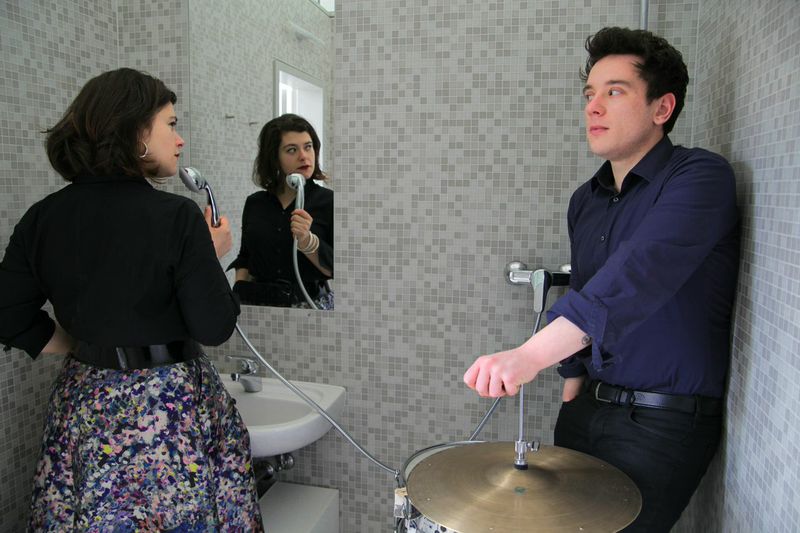 Even in times when right-wing violence is on the rise and “Mein Kampf” is back in print, it is probably unfair to say that Germans love Hitler. They’re merely obsessed with him. As we’ve noted many times before, Hitler comedy in Germany is always a winner. Jokes about the Holocaust and Jews are rarely part of these (usually lousy) attempts at satire, ostensibly because that’s where comedy stops. I, as a Jew from Germany, often thought that hesitance is actually because it would take away from the real aim: to exorcise the demon of history and free the German soul through humor. Lachen macht frei, so to speak.

Part of the ongoing obsession with Hitler is simple befuddlement: why that weird guy with the loud voice and dumb mustache? Why was that guy seen as not just a symbol of Germany’s infinite power but also a sex symbol? Because, as incredible as it may seem, he was just that. An American officer rescued a bag of love letters from the ruins of Hitler’s chancellery in 1945 – thousands of them. German women wrote Hitler to express their admiration, and often more than that.

Or is there? German-Swiss poet Nora Eugenie Gomringer (who won last year’s Ingeborg Bachmann Prize, one of the German language’s most prestigious literary awards) seems to think so. She is about to do a humorous reading of these letters, accompanied by a drummer and a clarinetist who will play (oh G’d) Klezmer love songs. The event titled “Hitler, Herzblatt, Tralala” (Herzblatt is the German version of The Dating Game and means sweetheart ) will ask the question, according to the press announcement, “whether it is okay to laugh about Hitler, his fans [sic] and perhaps even his victims.”

Of course it’s okay to laugh about Hitler – everybody does it, except Nazis, and even “The Producers” ran in Germany, eight years after the fact, but still. It’s also okay to laugh about his followers – whether any joke in the world can stop a refugee home from burning is a different question though. And why anybody would try and laugh about Holocaust victims is beyond me. In any event, Gomringer and band are promising a grand ol’ time, one that will surely be interrupted by somber moments of reflection and sadness but also be vaguely uplifiting, liberating even.

There are two ways to take all this. One is as smirking “ain’t I a stinker” Gervais-Macfarlane-style comedy, as prevalent in Germany as it is in the US. Oh yes, they’re going there, there meaning that boring place every German comedian goes three times a night. The other possibility is that this is some genuine attempt to provoke a honest discussion about memory and history, done by people who are so tone-deaf and solipsistic that they don’t even realize that taking your press photo for your funny German Yiddish Hitler show in a shower cubicle isn’t the best idea. Did I mention that the event is part of the Kasseler Komik Kolloquium, the KKK? Ah, German humor, the gift that keeps on giving. Like typhoid.