In the beginning, there was a banquet hall in Queens.

Long before there were attacks from the ADL, long before there were Jewish celebrities lining up to karate chop matzah, pose behind sheets or squirt KY jelly into the holes of bagels, and long before Heeb had insinuated itself in the American cultural wars-earning props from Jon Stewart and barbs from Bill O’Reilly-there was “Love, Challah & Betrayal,” Heeb’s first-ever photo shoot, the star of which was my brother, Jonathan.

The concept, seen through by then-Creative Director Nancy Schwartzman, was a sexy, raucous Jewish wedding celebration. I don’t think Nancy knew that Jonathan was sick when she cast him as the groom-opposite chanteuse/songstress Valerie Geffner. I think she just thought he was a babe. 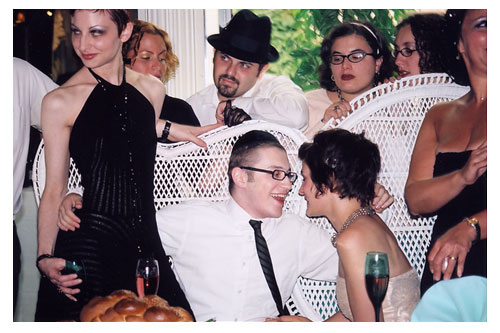 I was Heeb’s music editor at the time and didn’t attend the shoot. But afterwards, I could tell how much the experience meant to Jonathan, who had to leave Tufts University a year earlier (where he had fronted the most popular band on campus, “The Physicals”) in order to begin treatment for leukemia. The experience of starring in Heeb’s first photo shoot, of course, confirmed that he could be part of a Jewish community even though he was not necessarily observant, but it also meant that even though he was sick, he could still live like a rock star.

I never imagined that those photos taken that day by Schwartzman and Mia Tran would capture the closest that Jonathan would ever have to a real wedding. He passed away in June of the following year-while copies of that first issue of Heeb were still on newsstands.

I’m sharing this with you today because the Heeb community has always been there for Jonathan. Jennifer Bleyer wrote a loving obit to him in our third issue, Rebecca Wiener was inspired by his story and created a comic about him in our Food Issue four years later. And today, I’m asking you, the Heeb community, to help tell his story yet again. Just as Jonathan was there for Heeb even before it was a magazine, you can be there for Johnny Physical Lives before it is a film.

Johnny Physical Lives is a short film about my brother’s experience of leukemia through the eyes of his alter ego-a rock star named “Johnny Physical.” The film, currently competing for IndieWire’s project of the week is seeking additional funding to be used to hire a professional outreach coordinator to make sure the film can be utilized as an ongoing resource in hospitals, clinics, and support groups for the overlooked demographic of young adults touched by cancer. 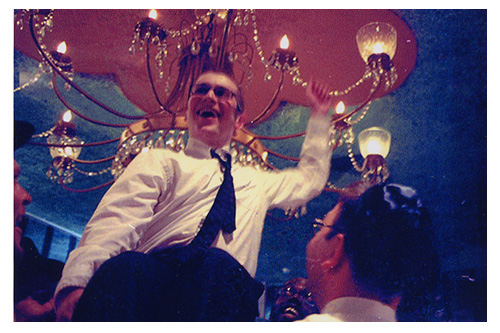 This is more than just a shill for loot. Any form of support counts-even if it’s just a Like on Facebook. As Heeb’s publisher between 2004 and 2010, I never asked anything from you (Okay, there was that one time I asked you to buy that book I somehow convinced St. Martin’s Press to publish detailing my bizarre fixations with Norman Fell, Bernie Kopell and Mayor McCheese, but that was years ago!), but please support my film today.

The Jewish powers-that-be still insist that we aren’t a real community. I know they’re wrong and can’t think of a better way of showing them.