John Ross Bowie does the Ramones—’I remembered to think of them as a family, and that helped’ 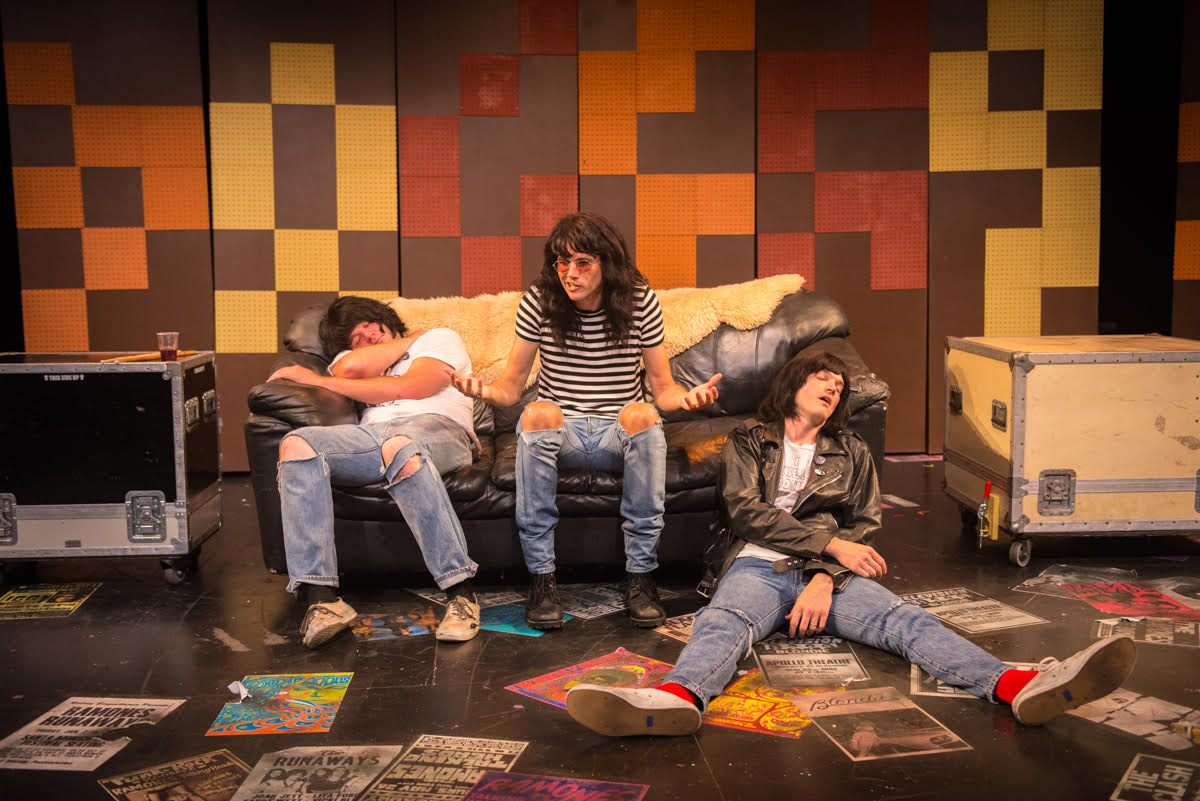 John Ross Bowie’s 4 Chords and A Gun is a gut-punch of a play, as any work of art about the seminal punk band the Ramones should be. 4 Chords finds the four members (Joey, Johnny, Dee Dee and Marky)  yearning for a success that’s so far eluded them. Enter legendary producer, firearm aficionado and generally insane person Phil Spector who offers to produce what would become the album “End of the Century.”

Over the course of two hours, Bowie—an actor, comic, and musician himself—chronicles the fracturing of the Ramones as they battle over remaining true to their grimy, speed-freak punk roots and expanding their sound while coping with a highly demanding Spector who isn’t afraid to pull a gun to get what he wants. On top of this lead singer Joey and guitarist Johnny are screwing the same woman and it only gets messier from there.

We sat down with Bowie to talk his own punk background, dramatizing the creative process, and whether Spector used Jewishness to fuck with da bruddas from Queens.

Can you speak a bit about your own history with punk and how the Ramones influenced your work as a musician and then later a writer and performer?

I discovered the Ramones when I was 14, and there was something so determined about them even though they were a little amateurish. That has governed me, maybe not always for the best. I learned how to play a couple songs on bass and then started a band. I took two improv classes and got headshots. I tend to charge into things before I’m exactly sure what I’m doing. That’s something the Ramones — and punk rock in general — taught me.

The Ramones are at a crossroads by the time we find them in 4 Chords. Why choose this moment to dramatize vs. getting their start at CBGBs or making one of their earlier albums?

I didn’t want to do an origin story, and I don’t like biographies that are complete soup to nuts stories. They always end up short-changing major events. The recording of End of the Century was FRAUGHT with drama and betrayal and I got to write dialogue for Phil Spector. For me, it all seemed obvious. 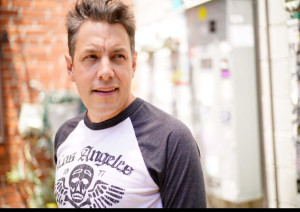 What do you think of the inherent source of tension between the band and Spector when it came to this idea of “fine” vs. “great?” On the one hand you have Spector, this psychotic perfectionist vs. the Ramones who can barely read music.

I think the inherent source of tension is something I deal with in my day-to-day life. There’s something very interesting to me about the old cliché question of perspiration versus inspiration. That was something else that drew me to the story, this collision of work ethics in the name of art.

One of the things that I really loved about the play was that it captured the long, punishing slog that often defines the creative process.

It was hard to try and capture the boredom of recording an album without making the show itself boring— not entirely sure I succeeded. I was in a band for years, and I know how long and tedious recording can be even when you’re not working with Phil Spector. But there are good stories to be told about the process of making stuff. I think of “Amadeus,” or “Topsy-Turvy,” the Mike Leigh film about Gilbert and Sullivan. These are great stories about people killing themselves to make art, and while I am not going to put my play in that company, those works were kind of role models for me.

Given that the Ramones all donned the “Ramone” moniker and last name, I’m wondering how much do you think the story of 4 Chords and a Gun is the story of a family? In many ways, the conflict between Joey and Johnny feels like two brothers who may hate each other but also feel stuck with each other.

Oh it’s totally a family story. The name thing just cements it. These guys felt stuck with each other for 22 years, and toughed it out through unimaginable dysfunction. An earlier draft really played up the dueling fathers of Johnny and Phil, both vying for Joey’s attention. The draft that’s on stage right now is a little more subtle about it. But yeah, anytime I got hung up while writing, I remembered to think of them as a family, and that helped.

Can you speak some to how Spector appealed to Joey’s Jewishness while making the album? Do you think it was a purely cynical move, a way to get Joey on his side or was it something more?

So I have no evidence to suggest that they really bonded over their shared Judaism, but I like the idea of linking the Ramones to an ancient religious tradition. Also, it gave me a chance to use lots of Yiddish in the play, and it’s such a wonderful, evocative language. There’s an extremely Jewish (and totally fabricated) moment at the end of the play that was actually one of the first things I wrote. I wrote that ending and then sort of worked backwards.

Any other punk rock stories you want to tell?

Funny you should ask. The Dead Kennedys obscenity trial has always fascinated me. Think of it as a punk rock Inherit the Wind. Cool, right?

“4 Chords and a Gun” is now playing at the Bootleg Theater in Los Angeles until August 14th. You can grab your tickets here.