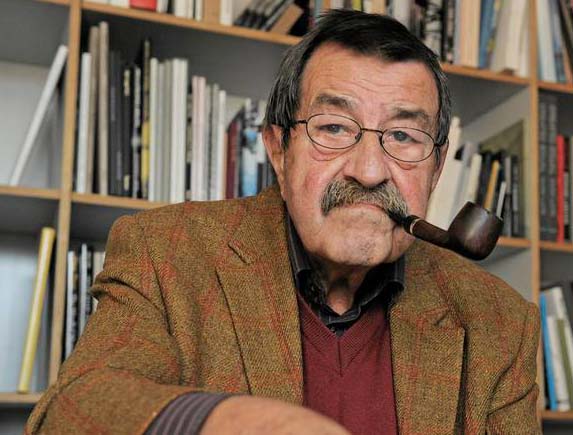 It’s hard to imagine a more mundane story–and yet somehow, Israel and its less clever defenders managed to turn “Dog Bites Man” into “Man Cries Hysterically and Overreacts Over Minor Nibble.” For those who haven’t been paying attention, Günter Grass, a German writer and Nobel Laureate who for some reason or another was seen as the moral conscience of a generation (something to do with opposing Nazism, though seeing as how it was the 1960’s at the time, it should have been a no-brainer)  recently wrote a poem, in which he made some critical remarks about everybody’s favorite ethnically chauvinistic state (Jewdar is not being critical–it is our favorite ethnically chauvinistic state). Now, this should have been barely a blip on anybody’s radar screen, for several reasons.

Now, as the headline of this piece suggests, this should be been nothing with nothing, except that a few days later, the Israeli gov’t announced that Grass was banned from Israel. In other words, after being negatively compared to an autocratic theocracy that penalizes speech, the Interior Minister from Shas penalizes speech, and in the most moronic way possible–by banning a writer who wasn’t coming to Israel anyway.

Now, of course, Israel’s less clever defenders will doubtless bristle and point out that while Iran issues death sentences against writers, Israel just bans them.  But at the point at which your defense is that you are not as bad is Iran, haven’t you already lost?