Inside The Mind Of The Last Jewish Waiter: “Call Me Ismael”

The words roll out of his mouth with a cold ruthlessness that could rival the Emperor from Star Wars or any really cold villain with a bit of an accent. 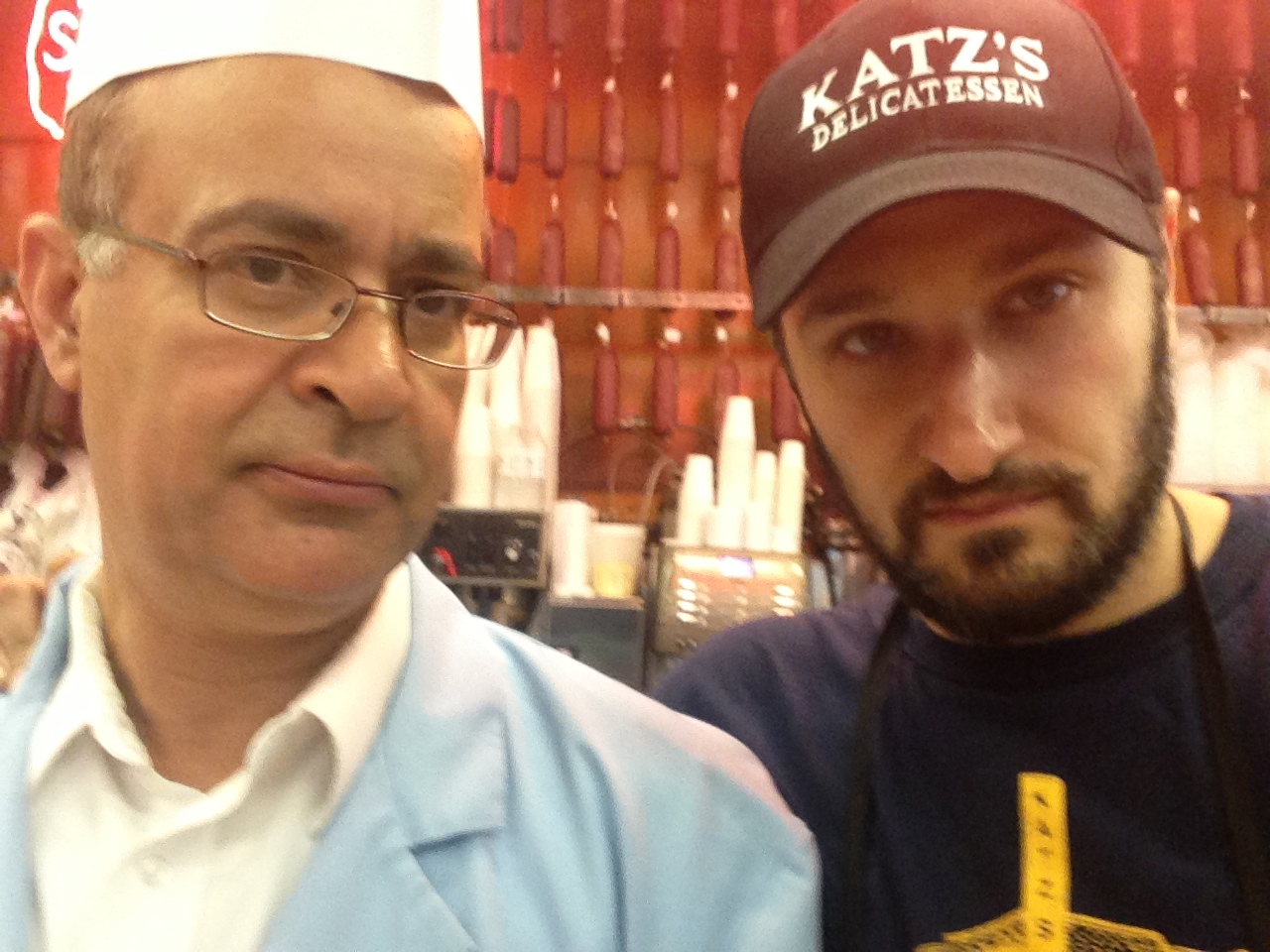 “The Carnegie.” He says.

I look at him.

He shakes his head slowly.

Ismael is Egyptian, but he could easily pass for Israeli. He often jokes that if he wore a star of David, he would double his money. And he often asks me to buy him one. I always tell him I will.

Sometimes I joke that he is my mentor, but it’s kind of true. When I started he was easily the best waiter at Katz’s, he probably still is. Handling a million tables at once, being nice and brief with the customers. He’s your perfect, classic NY waiter, exuding a timeless efficiency which screams old New York.

If anyone orders the roast beef from him, he says, ‘No, no… You get brisket, or corned beef’. He says it with a kind, yet short authority. And customers usually  listen to him, and rarely have any problems. One thing Ismael is flawless at is keeping one face to the customers, and another for the people who work at Katz’s. He is usually brutal with the guys who work there,

‘Where is my Matzoh Ball soup?’  He’ll demand it like a ship’s captain waiting to see another navigation chart.

He says ‘bitch ass’ with punctuation you’ve never heard.   Holding both words long and true. And everytime I hear him say it, it makes me smile.

Ismael works long hours, he doubles through the weekend. ‘Blood money’ he calls it, and he’s right. We go ten hours at Katz’s through a multi-colored blur of people, and places and personalities. Over a long shift it can be quite draining. He cracks me up though. Last year his favorite word was hillbilly.

‘Look at table seven…hillbillies…’ He sucks his teeth, and makes a ‘tut, tut, tut’ sound. Or maybe it’s a ‘tisk, tisk’ sound.

I think there is a sick book to write about Ismael, tentatively titled ‘Call me Ismael’.  (or maybe it’s a novella, or a chapter in my book)

Ismael had just given a check to a big table, and was waiting for them to leave. He stands with me near the back counter. He makes his little tsk, tsk sound.

‘I should have service charged them! Look how they suck on the lemon in their iced tea.’