“In Other Worlds…” — Heeb Reviews Lake Bell’s Directorial Debut: In A World 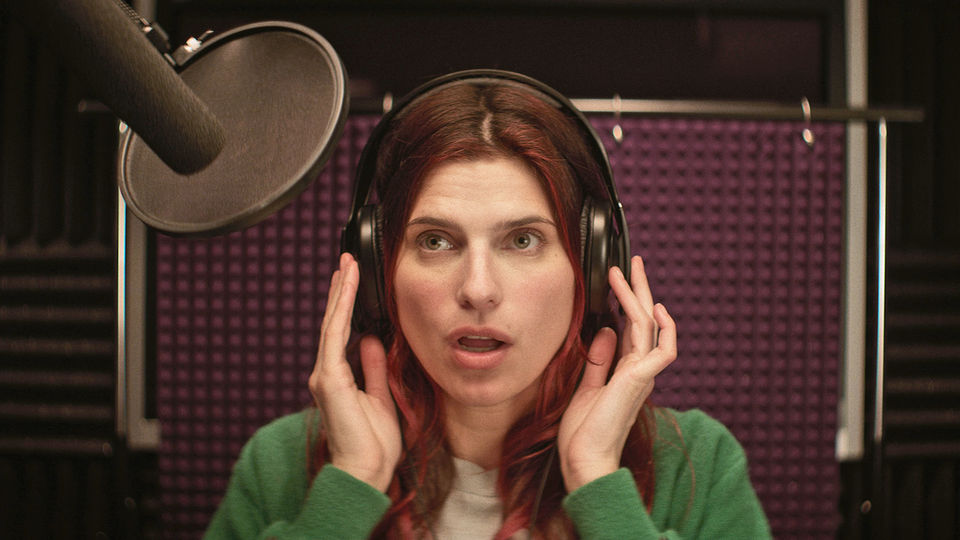 An acupuncturist I use to frequent took my pulse before each session, an almost standard practice in traditional Chinese medicine. After a few moments of silence she would mutter something like, “lay off the mustard, Daniel, you’re allergic to nightshades.” 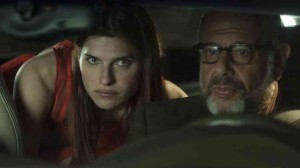 The trailer for In A World is fantastic. It starts cozily with the staccato indie-guitar canonized by Juno that signals “quirkiness” (much in the same way how Inception’s bass explosions have since acted as skeletal structures for every action-movie trailer), and quickly nestles the film into the David & Goliath trope. Lake Bell (David), in her writing/directing debut, plays Carol Solomon, an aspiring movie-trailer voice-over performer in competition with her pops, A Serious Man’s Fred Melamed (Goliath).  Though this parent-child dynamic owes more to goyishke mythology, particularly Chronus, who ate his boy for fear of cosmic takeover, see: Goya.

So what’s distilled? Well, an onslaught of meta-humor, Bell, oozing goofy earnestness and wit and dressing nerdy (overalls) and a “behind-the-scenes” of moviemaking, including a less-than-glamorous Eva Longoria practicing vowel enunciation. All of it post-modern, and the themes deemed most profitable, as trailers are made to get asses in seats.

What didn’t make the trailer is an infidelity subplot involving Carol’s sister, Carol’s love-triangle between a nebish sound-engineer and her slickster VO nemesis, and her father’s relationship with a Midwestern blonde decades his junior. Meaning, basically, the meat and potatoes of the entire movie; The voice-over setting was just the gravitational center that multiple love-dramas orbited.  That old cliché: the trailer didn’t match the film.  Truth is, the relationship material yielded some very real, moving and beautiful moments of human connection, but that shit don’t sell! 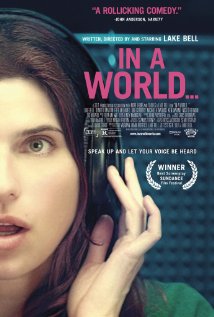 Which brings me to the consistent irony throughout In A World: indie-movie characters (defined by their twitches and deadpans) creating a trailer for a pre-post-modern world of an epic summer blockbuster (think the original Terminator (zero-irony) vs. Terminator 2 (just 7 years later, the bad guy is the good guy and his Austrian seriousness is mocked by a pre-teen), or the salient tongue-in-cheek vibe of The Expendables franchise, or the RED franchise…).  All the parentheses in the world couldn’t sift through the many meta-worlds in which In A World lives.

Since 9/11, Hollywood has grappled with the line between one of its oldest sells, vicarious escapism and the Hipster-syndrome, meaning, in an effort to avoid  being caught unaware, everything is rendered in the fat of irony. The world was made forever weirder when planes crashed into Twin Towers, metaphors collided, scholars have published essays. People still crave cinematic fantasy, but our reactions are so meticulously considered these days (by marketers, YouTube ‘reaction videos’ etc.) that there is nary a safe space for vulnerable self-expression, even if it’s just slack-jawed wonder at a cool action sequence, or tender humility.

I can explain it better with Judaism: Carol and Sam are clearly Jews (that’s why Heeb is reviewing this film and not, say, The Wolverine, which was excellent). They’re also both sound artists, which is traditionally apt, as the biblical commandment against making graven images kept Jews singing more and painting less – At least until Chagall, and he was haunted by the image of the crucifixion, which just goes to show…

“Let there be light…”. In other words: the world was created with words.  Sound preceded image, technically speaking, and In A World navigates the becoming which occurs between sound and image – Specifically our age’s ultimate fear: the embarrassment of being caught unaware and the intense love that can manifest through emotional vulnerability.

Sounds like a pretty good movie, yes?  There is that old cliché, however, about film reviews.