Hercules, mythical greek hero and demigod, was famous for, among other things, shoveling a gargantuan amount of horse shit as part of his legendary 12 tasks.

Kevin Sorbo, who people pretty much only know as the guy who played that mythical greek hero and demigod, is about to become infamous for spewing a gargantuan amount of horse shit as part of an otherwise entirely uninteresting movie promotional tour.

Sorbo has been making the rounds on the Christian media circuit to promote the DVD release of God’s Not Dead, in which he plays an atheist philosophy professor who is hit by a car and killed, presumably for literally being a god-damned heathen. (Or something. I d’know? I’m going off of their movie’s wiki page. Please don’t make me watch this thing.) On a recent episode of Jerry Newcombe’s Vocal Point, Sorbo managed the not-so-Herculean task of putting his foot deep into his mouth on the talk radio show.

… Sorbo noted that Mel Gibson had created a lot more opportunities for Christian filmmakers in Hollywood with the success of his film “The Passion of the Christ,” which made a lot of money despite concerns from Jewish leaders that the film was anti-Semitic.

Wait a sec: I thought caring about making lots of money in Hollywood was our shtick? Sorbo went on:

… [Gibson] got attacked when he was shooting ‘The Passion’ from the Jewish community, saying ‘look at the way you’re portraying us,'” Sorbo said. ‘News bulletin: you did kill Jesus!’ [laughter] C’mon guys!

Newcombe, to his credit, points out that, actually, the Jews merely handed Jesus over to the Roman officials, but Sorbo seems dead set on speeding right past the theological off-ramp provided for him:

“Exactly, they did deliver him over, so they had a hand in it. And of course, what did it do? Well, a 30 million dollar movie made, what? 500 million dollars. So Mel sort of had the last laugh there.”

By “last laugh” he probably means the time Gibson told a police officer that “the Jews are responsible for all the wars in the world” and cemented his place as Hollywood’s leading anti-Semite. But, hey, we all need heroes, right?

It’d be all too easy to make the painfully obvious “God may not be dead, but Sorbo’s career is” joke; but, actually, God’s Not Dead has earned more than $60 million dollars which, when compared to its $2 million budget, makes it a certifiable box-office hit. That means we likely haven’t heard the end of Sorbo and his, erm, “illuminating” theological proclamations.

We have, however, heard more than enough. 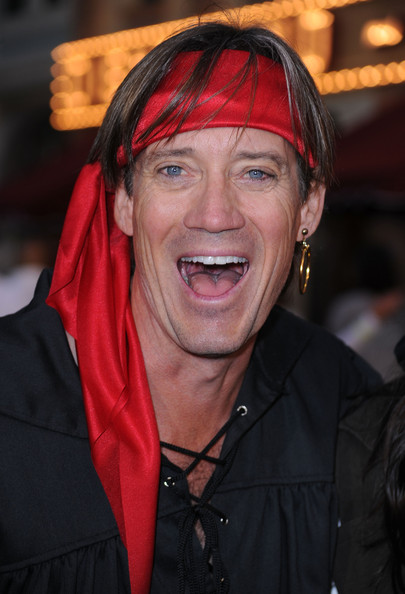