Trying to catch a cab in New York is, admittedly, a horrible experience in and of itself. In fact, just about the only thing that could make it worse is if you finally manage to flag down a taxi, and this guy shows up: 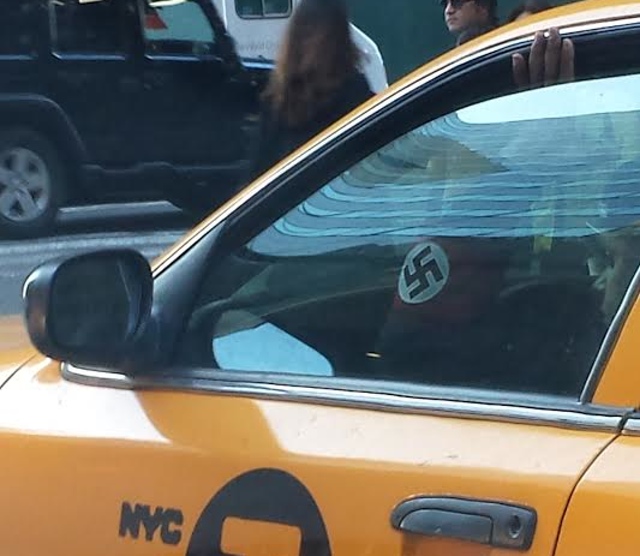 According to a press release from the Anti-Defamation League, the ADL was sent complaints about the driver this month and promptly fired off a letter to the Taxi & Limousine Commission. The TLC then suspended the unidentified driver’s operator’s license for 30 days after he pleaded guilty to violating commission rules.