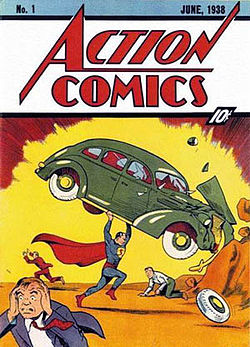 No matter what you might have read, Superman wasn’t born in a Kryptonian birthing matrix, or placed in a rocket and blasted to Earth – he was created by two Jewish kids in Cleveland, Ohio. And, in a week where it seems as if every.single.goddamned.thing is irredeemably horrible, it’s worth remembering that today marks 75 years since the debut of the single fictional force for good in the modern world: Superman, who first appeared in Action Comics #1, on April 18th, 1938.

Much has been said of Superman’s alleged Jewishness, with entire books dedicated to picking apart the minutia of his Hebrew-sounding name, his Moses-esque “baby in a basket” origin story, his commitment as an immigrant (of sorts) to “truth, justice, and the American way”, etc. Some of it is interesting. A lot of it isn’t, and worse, smacks of unnecessary tribal flag-planting (ethnic particularism arguably running counter to Superman’s universalist message of human potential).  Personally, I’m of the mind that Superman’s Jewish qualities are, at best, insights into creators Jerry Siegel and Joe Schuster creative context, and don’t make much of a difference to Superman’s character. Interesting armchair psychology? Sure. Window into Superman’s (fictional) soul? Hardly.

Still, three-quarters of a century after he first leapt a tall building in a single bound, Superman has helped more people learn right from wrong than…well, pretty much anyone (seriously, think about it). The Superman “S” has become one of the most recognizable symbols on Earth, crossing cultures, borders, and languages. Why? Because Superman’s greatest power is his ability to inspire people – ordinary people, anywhere – to be more like him: Brave, compassionate, and resolute when it comes to helping others. Unlike super-strength and heat-vision, these are qualities that transcend the pages of a comic book, and know no ownership by any group. Jewish origins or not,  Superman belongs to everyone.

And, in a week where it seems like everything is going directly to hell, Superman’s 75 years of telling people that, yes, they can be super, is invaluable. So, happy birthday, Supes. And thanks for everything. 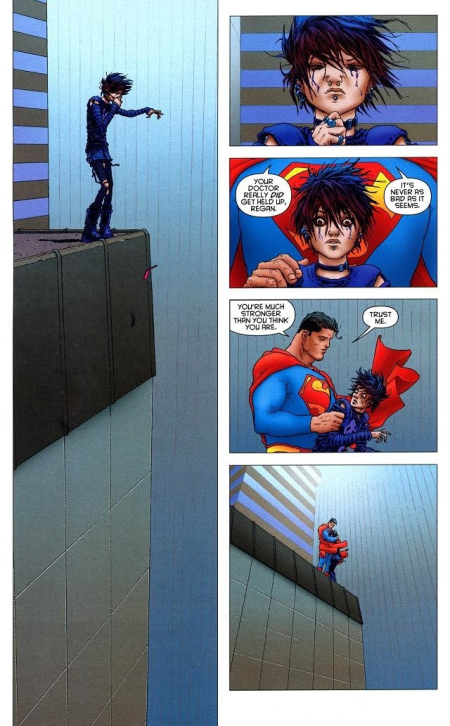