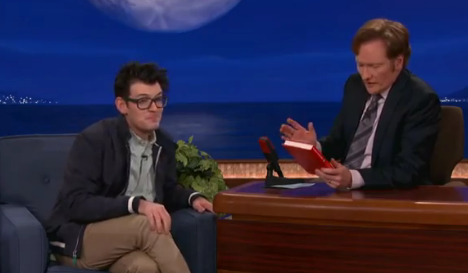 Comedian Moshe Kasher recently appeared on Conan to promote his new book Kasher in the Rye. In the interview he discusses his father joining the Satmar sect of Hasidim (the same group Deborah Feldman speaks about in her new memoir Unorthodox), where members spit on redheads because they are considered bad luck. This was news to me, but some quick googling reveals that Satmar is not the only culture to deem red hair bad luck. According to the Irish-themed squidoo.com, during the Spanish Inquisition:

. . . red hair was evidence that its owner had stolen the fire of Hell and had to be burned as a witch.

Considering what the Inquisitors did to Jews and Gingers separately, I can only imagine how they treated Ginjews!

Thankfully, living in Mahattan today, the worst offense I have to face are the weirdos on online dating websites with creepy redhead fetishes. But thank you, Moshe Kasher for giving me yet another reason to stay out of Seagate, Brooklyn.