Umar Farouk Abdulmutallab’s attempt to drop more than a load in his underpants on a flight headed to Detroit on Christmas Day brought terrorism back into the spotlight. After the failed attack, Homeland Security Secretary Janet Napolitano concluded, "One of the things that may come out of this awful day is perhaps a renewed sense of urgency." For the sake of homeland security, remain vigilant by playing Fuck, Mary, Kill.

The Terrorist Edition features a few infamous incendiaries from over the years including IRA temptress Jude from The Crying Game, Ilsa from the Nazi-sploitation film She Wolf of the SS, Die Hard’s Karl and his flowing blond hair, the Christmas underpants bomber and some good old suicide bombers. 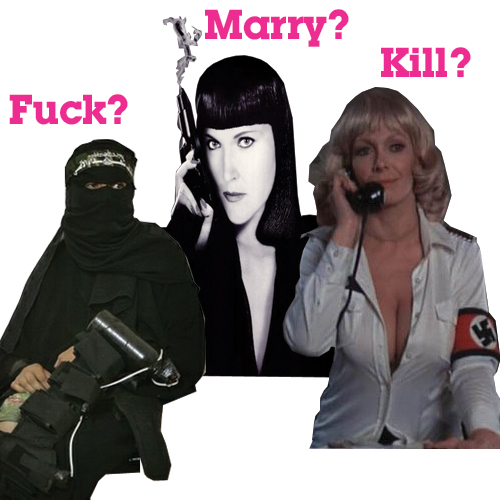 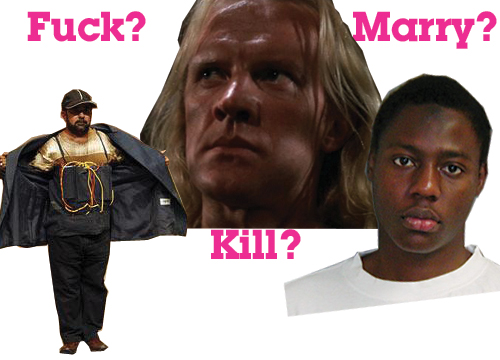