Exclusive: Backstage with Fyvush Finkel at Fiddler On The Roof‘s 50th Anniversary

An all-star Fiddler on the Roof reunion concert. Sounds meshugge, no? Gloriously so, and kvellworthy, naches-giving, plotz-inducing, farklemptifying, and then some. Who should live so that on June 9, 2014, to celebrate the 50th Anniversary of Fiddler on the Roof, 90th birthday of Fiddler lyricist Sheldon Harnick and the kickoff to their own Centennial, the National Yiddish Theatre – Folksbiene was able to assemble as much of the musical mispucha (Topol, Pia Zadora, Adrienne Barbeau, Austin Pendleton, Jackie Hoffman, Fyvush Finkel and then some) from the original Broadway, film, and revivals, who are still around? Heeb should! And mazel-ridden we were to be there backstage capturing some choice moments. 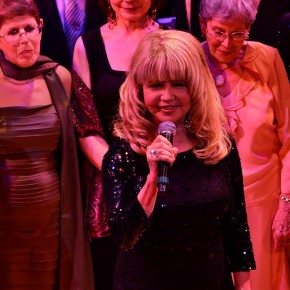 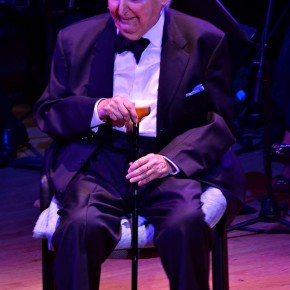 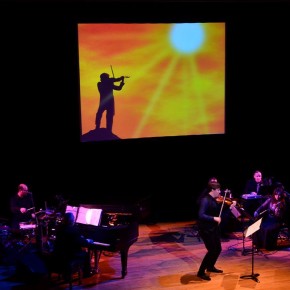 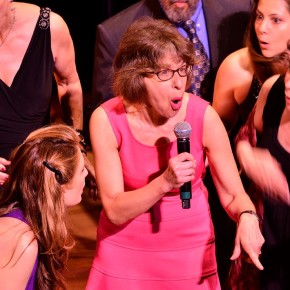 In this vid, Rosalind Harris and Michele Marsh, Tzeitel and Hodel, respectively, from the 1971 Fiddler on the Roof film, serenade me with a bissel “Matchmaker” which kept my heart cockles warm for a good week-and-a-half.

And the vid below has highlights of the whole megillah. Heeb’s highlights: Modern-day fiddler extraordinaire Joshua Bell tore down the house. Fyvush was on fiyah. Pia Zadora (!) gave a heartfelt spunky speech, remembering how Zero Mostel called her his “little shiksa” when she was 10 and played Tevye’s youngest daughter Bielke in the original Broadway production, how he taught her to say “mazel tov, oy vey and schmuck.” Jackie Hoffman, who Heeb readers will remember as the blind guy’s  girlfriend who Larry outed as ugly in Curb Your Enthusiasm, rocked out “The Rumor.” I got a smile out of tough-cookie Adrienne Barbeau asking if she was also appearing in the upcoming 35th reunion performance of Creepshow

Topol (the movie’s Tevye) shook some serious shoulder doing “If I Was A Rich Man” and not a cheek was dry for Sheldon Harnick and Andrea Martin’s duet on “Do You Love Me.” Bodacious biggups to co-directors Gary John LaRosa & Erik Liberman, and Artistic & Music director Zalmen Mlotek for achieving the feat of getting the balance just right so that sentiment ruled over sentimentality.

As it happens, I’ve got a personal attachment to Fiddler. Not only did  I sing” Tradition,” reggae-style at Heebonism 2011, but met my now wife Erica upon getting off stage…