Edan Portnoy is a Jewish rapper, but, lucky for listeners, the former has little to do with the latter. To promote Echo Party, his follow-up to the critically acclaimed Beauty and the Beat, Edan invited me down to his home in Brooklyn. Having never been to a rapper’s place before, I prepared myself for a BET video.

Surprisingly, his spacious apartment is entirely bitches-free. No posse or gold chains with Star of David bling. Instead, he has shelves and shelves of old records and lots of antique books.

Edan pads around barefoot looking for socks and apologizes for the mess. The rap artist The Washington Post calls "bound for greatness" offers me a hard candy as he sits down: Coffee-flavored Werther’s Originals, the type you expect from your kindly grandfather, not the "greatest triple threat (producer, rapper, DJ) to ever step foot on planet Earth," (as he refers to himself on Facebook). And here I was expecting cocaine.

So you’re originally from Rockville, Maryland. Then you were in Boston for about ten years, now Brooklyn. Why Brooklyn?

At the time I was dating someone, and we had been dating for a long time. We came out together. I also just started feeling a little stagnate in Boston, wasn’t really going out so much. So yeah, I was completely into making that change, and that’s really it.

You know, friends of mine are DJ’s. Friends of mine do a soul night up at this spot called Savalas – I think it’s in Williamsburg, but I don’t hang out in Williamsburg. I actually never go there. I go to record shops in the East Village. You know, Big City, Academy, Tropicalia Infurs, which is an all-Brazilian record store, Good Records. You know it’s good to plug the record shops so that people patronize them and keep them in business. 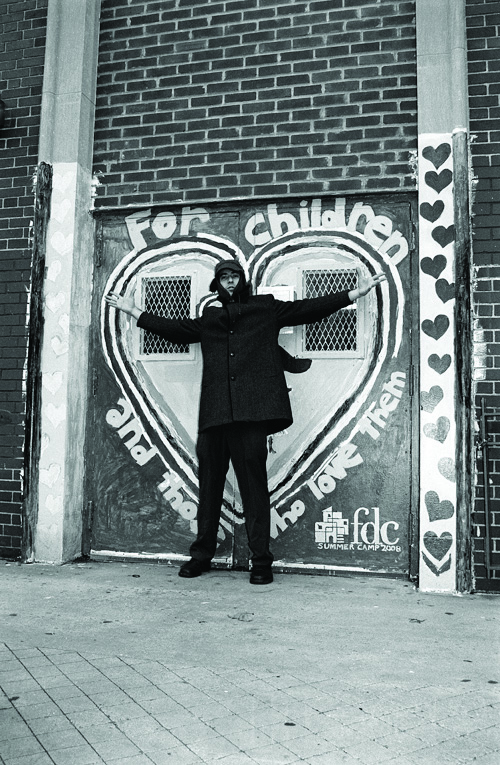 Let’s talk music. What was it like to move on creatively from Beauty and the Beat? It was such a huge album.

I don’t know. I’m slow, but I don’t think it’s because I was afraid of not topping that. I think it’s just because I’m really fucking slow. I’m afraid of mediocrity in general, so, like, I’m very careful and cautious. I’ve been around some people lately who work so fast and I’m impressed with their efficiency but right now, these people are trying to get me to write verses in one day and lay it down. I just can’t operate like that. I’m too afraid of not being good. I’m just very careful, very detail oriented and there was no problem moving on, but the thing is, you want to wait for something worthwhile to say…If I were more of a businessman, I would say yeah, volume is more important than quality because it keeps your presence physical and thick, but I’m not a businessman, you know? I’m an artist. So you know, four years later, you don’t even get an album, you get like a weird mix follow up, just because that’s what fell into my path. [Echo Party is one track and entirely instrumental.]

Tell me about the process of creating Echo Party.

I just set out to challenge myself, try techniques I haven’t tried before, use these records, play these instruments on top to make it a little more personal, a little more my own, and that was it…I would basically take 30 to 40 seconds of a record, manipulate however I saw fit and then kind of call that a vignette, if you will, and then just move on to the next one and stitch it together, find a nice transition that worked, and basically continue that process like, 40 or 50 times until you have a half-hour. So this shit took a long time because it would take like, six, seven, eight hours just to settle on a 20 or 30 second slot…And maybe that’s just my fault for being a slow asshole, but that’s how I did it. But yeah, I’m proud of it now.

So you’re heading out to the U.K. in a few days with photographer Ricky Powell. Are people there more receptive to the work?

Something about the culture there, they’re more receptive to the preservation of art. You know it’s grey out there – they stay indoors and soak up media. They listen to records, they love records, they love music. They’re connoisseurs. It’s more common to find someone who’s deeply passionate about it. So I think they relate to my approach and they’ve been very supportive. It’s good. 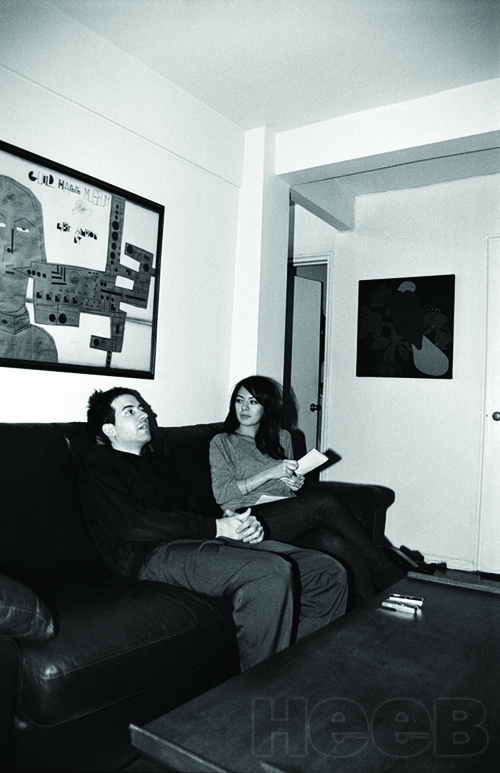 Do you think there’s a racial barrier in hip hop?

There’s just a racial barrier in society because of factors that were spawned centuries ago. And I don’t think it’s in hip hop, it’s just a reflection of life itself…Hip hop has allowed me to look at certain racial situations in a very interesting way, and one of the more interesting dynamics that’s present in hip hop is the white person that feels guilty in the world of hip hop and therefore is determined to distance himself from other white people in the hip hop world. Which is something I wasn’t really aware of, and then the more I looked around, that was one of the funnier dynamics that I saw…People are embarrassed, people feel guilt and I think it’s cool that hip hop has revealed these things to me, for better or for worse. Just to be aware of any dynamic that exists is educational.

Has hip hop helped bridge the barrier at all?

It also has brought people together. It has bridged gaps in many instances between black and white culture and just allowed me to make a lot of friends that I might not have otherwise if I went and became a lawyer or some shit, you know what I mean? …So I was very much into hip hop, very in awe of the culture from the beginning. I feel like I, as much as one man can, have transcended the racial stuff…I love all good people, regardless of shape or size, or even if they got bad haircuts, acne, I love them, as long as they’re cool, humble and they’re striving for something positive.

So your last name is really Portnoy? Is that real or some Philip Roth shit?

That’s the real last name, I believe it means "tailor" in Russian. One who sews. I’m Jewish, parents are from Israel, but I guess further back in lineage there’s either Austrian or Russian going on the father’s side.

Unlike the character, you’ve never fucked the family dinner?

I haven’t. No dice. Sorry to disappoint. Whenever everyone’s like, oh, Portnoy’s…it just makes you want to read that shit less. It’s just a name. 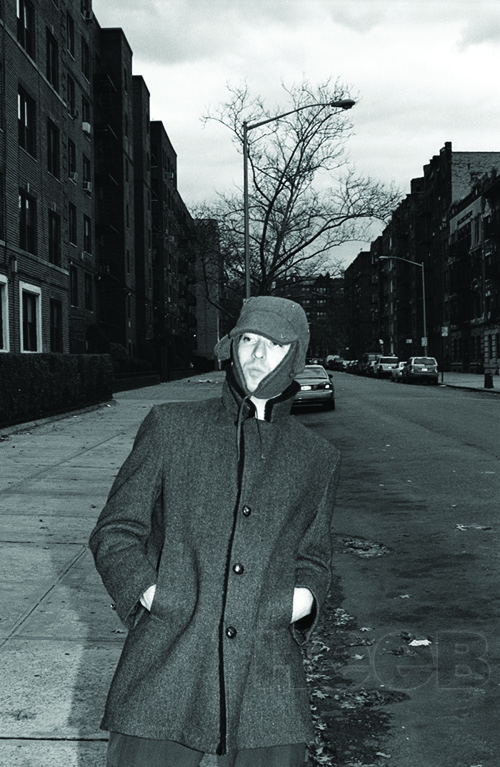 Do you do any drugs? Smoke weed?

I don’t really do drugs. Once in a blue moon. I’m like the one-hit master. One hit and I’m good. Maybe once a month, every two weeks. You give me a pinch and I’ll make that shit last for months.

[Edan’s phone rings. After ignoring it a few times he walks over to see who’s calling.]

I’ll just take a look. [On the phone] Dave! Daveee! I’m being interviewed for Heeb Magazine because I’m a fucking Jew…

[Edan hangs up after giving the friend directions and rejoins me on the couch.]

What’s next for you?

The plans are to improve as much as possible as an artist. To really make the quality of the art the main focus one hundred percent. I want to stabilize my situation financially, but my theory is that if I become a great artist, that finances will come. That’s kind of how it’s been from the beginning…Now whether all my fans like the direction I take, that’s up for debate, but I definitely will always be sure to like what gets out there and be proud of it…But more specifically I want to make a lot of, I guess, beats…"Beats" almost sounds like a juvenile word to use. I just want to make a lot of those and see where it leads. My main interest is making great songs, and adding quality songs to the rich history of songs that exist.

Just living life, a quality life, is what we should all be focusing on. I ask myself sometimes if I’m living the best life I could be living and I always get this sense that I’m not quite doing it right or I’m not quite kicking life’s ass. Like, life’s kind of kicking my ass. I think there’s only so much we can do and as long as there’s love in your heart and you try to do the right thing, that’s all we can really try to do.