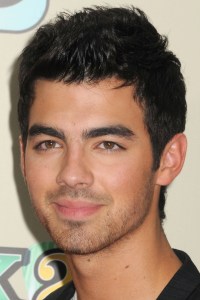 How often does a security guard in an Arab airport get to bust a white, Christian American for trying to bring a knife on a plane? Alas, while one guard in Abu Dhabi last week did get lucky, the knife-wielder was not terrorist, but a member of that Holy Trinity known as the Jonas Brothers, who was allowed to store the “cheese cutting knives” (and how did that get past the editors?) in the luggage compartment and board the plane.

All of which lead us to the big nothing over the new TSA safety measures.  Now, maybe Jewdar has been jaded by our latest medical travail–in the last few months, we’ve had a an ultrasound, CT scan, MRI X-ray, and been felt up by a lot of people in white coats (three doctors, one slicer at the deli–but an x-ray or pat down seems pretty minor (and, as some have pointed out, the same kind of people who compared waterboarding to a fraternity prank are acting like this is a gang-rape).

But Jewdar would like to focus on the calls for following Israeli-style procedures instead. Those calls come, of course, from people who have no idea what those procedures are, and how useless they’d be in America. In Israel it’s simple. If you’re ascertained to be a Jew, you get through relatively quickly. If not, you get more questions. If you’re ascertained to be an Arab or Muslim, you get even more questions. Now, leaving aside the racial/religious issues, Jewdar’s screening two years ago in Ben-Gurion went something like this (and we were traveling with wife and kids, an Israeli passport, and Israeli in-laws):

Now, Jewdar could pass that pretty easily, and we don’t want to harm the business prospects of Israelis who sell themselves as security experts (a position, by the way, which only requires an Israeli accent) but we think most Americans would do a lot better with the x-rays and patdowns.