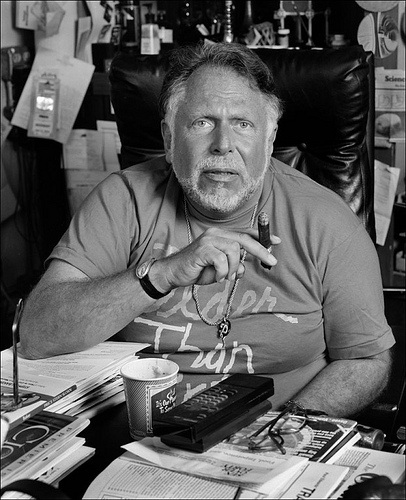 Al Goldstein was the publisher of Screw magazine, one of the world’s most circulated adult magazines,  at a time when Hugh Hefner was trying to beautify sex with soft lights and editing in order to make it more acceptable to the public. Al Goldstein flipped that idea the bird and tried to keep porn dirty and have people accept it as it was. He celebrated perverted thoughts and fetishized fantasies. He preferred the words “pussy” and “hard-on” to their scientific-term counterparts. He believed that it was okay to prefer spread-eagle shots to the airbrushed ones. And as each of his obscenity arrests prove, Al Goldstein wasn’t afraid to share these opinions with the world.

Free speech has lost a warrior.

The world has lost a character.