Cribbing From the Ozick Canon With Impunity 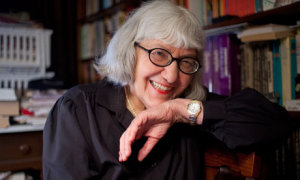 Meet Elli Fischer. Fischer knows quite well the limits of cultural literacy and arts engagement in American Modern Orthodoxy. In the NY Jewish Week, a newspaper increasingly dominated by an Orthodox readership, he notes,

“…the pressure to produce high earners discourages and marginalizes those members of the community whose calling is in music, literature, the visual arts, or the performing arts. The problem is not only that creative types will likely be unable to afford the Modern Orthodox lifestyle; the community itself tends to marginalize those who pursue artistic careers, viewing them as irresponsible.”

They know ten words for, excuse me, penis, and when it comes to learning, they’re impotent.

Now lets compare that to Fischer’s complaint about,

“…novelists who do not know the difference between Tosafot and the Tosefta but know and use a dozen Yiddish words for genitalia.”

Which novels are those? Which decade is this, again? Are we back in 1969, perhaps? The sad thing is that Fischer is betting that the average Modern Orthodox reader wouldn’t spot a lift of a Cynthia Ozick line even if it is one of her most famous, and even if it was sent for free to the entire community on the Upper West Side. And perhaps he has a point to hold them in such contempt.

Maybe next time he decides to jazz up a rant by borrowing from an American Jewish writer who does, in fact, know quite a bit more than ten Yiddish words for penis, and even more than a dozen Yiddish words for genitalia, he should just make sure it’s restricted to the print edition, as that is less likely to catch the eyes of those outside his well-heeled, but not terribly well-read, former enclave.