Alright, so we’ll admit, Jewdar has been super lazy.  But that’s one of the great things about a MOT; we get two chances to make New Year’s Resolutions.

Our goal for right now?  Catch up on comic news. 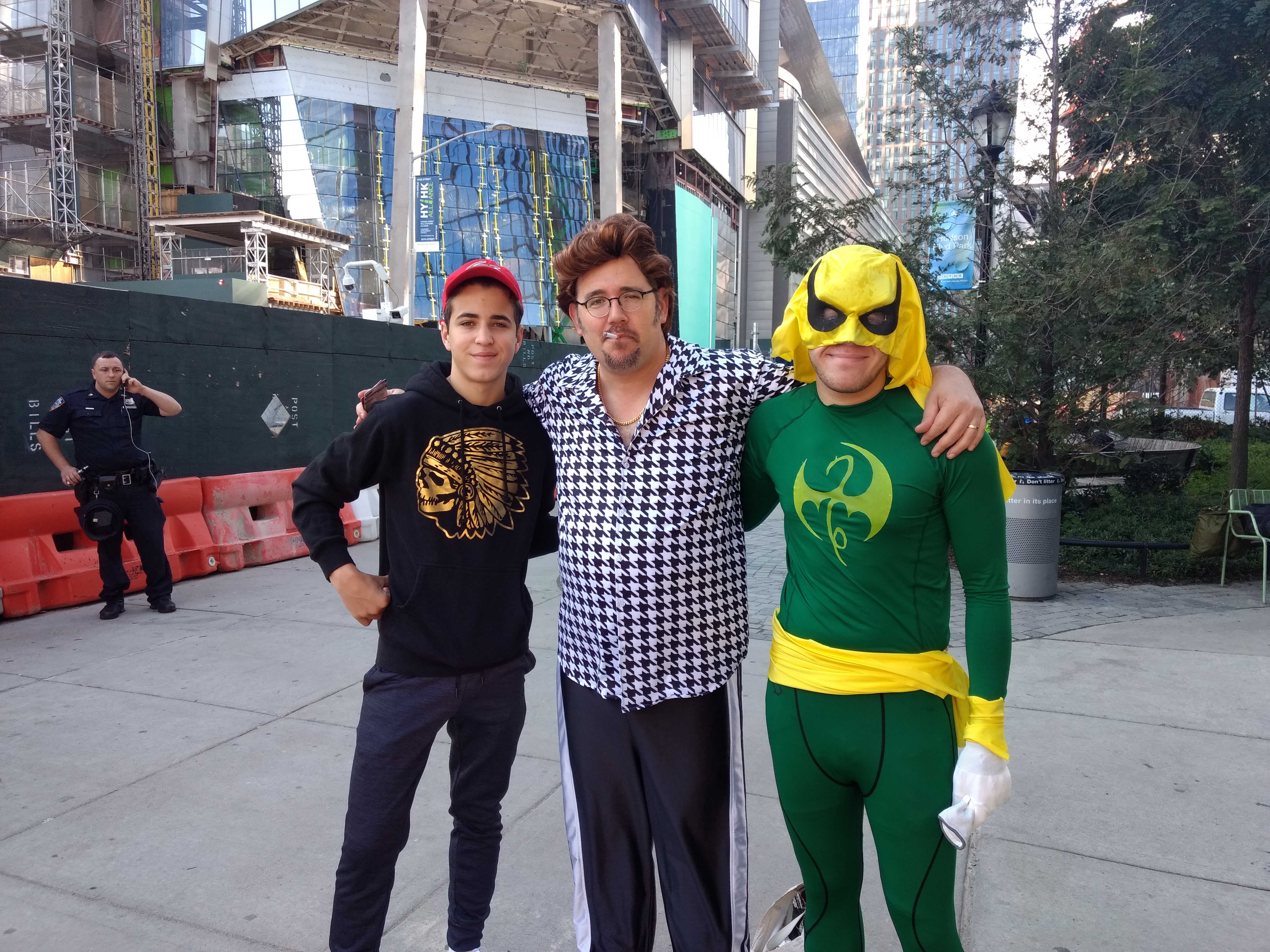 As we do every year, we attended the NY Comic Con with the little Jewdars (who have become quite large).  Although not a cartoon character, we figured that Comic Con has become sufficiently multi-media to expand our horizons a bit by rockin’ my Trailer Park  Boys gear..  It was particularly gratifying when Comic Conadians came by to thank me for cosplaying their national hero.  Still there were some gratifying Comic Con-tacts—like everybody’s favorite comic book lycanthrope (no, I don’t mean Man-Wolf), Marv Wolfman, the Nice Jewish Boy from Brooklyn who, in the last fifty years, has run the gamut of big titles, penning stories for Batman, Superman, Teen Titans, Daredevil, Spiderman, and, just in case I’ve left any unmentioned, Crisis on Infinite Earths. 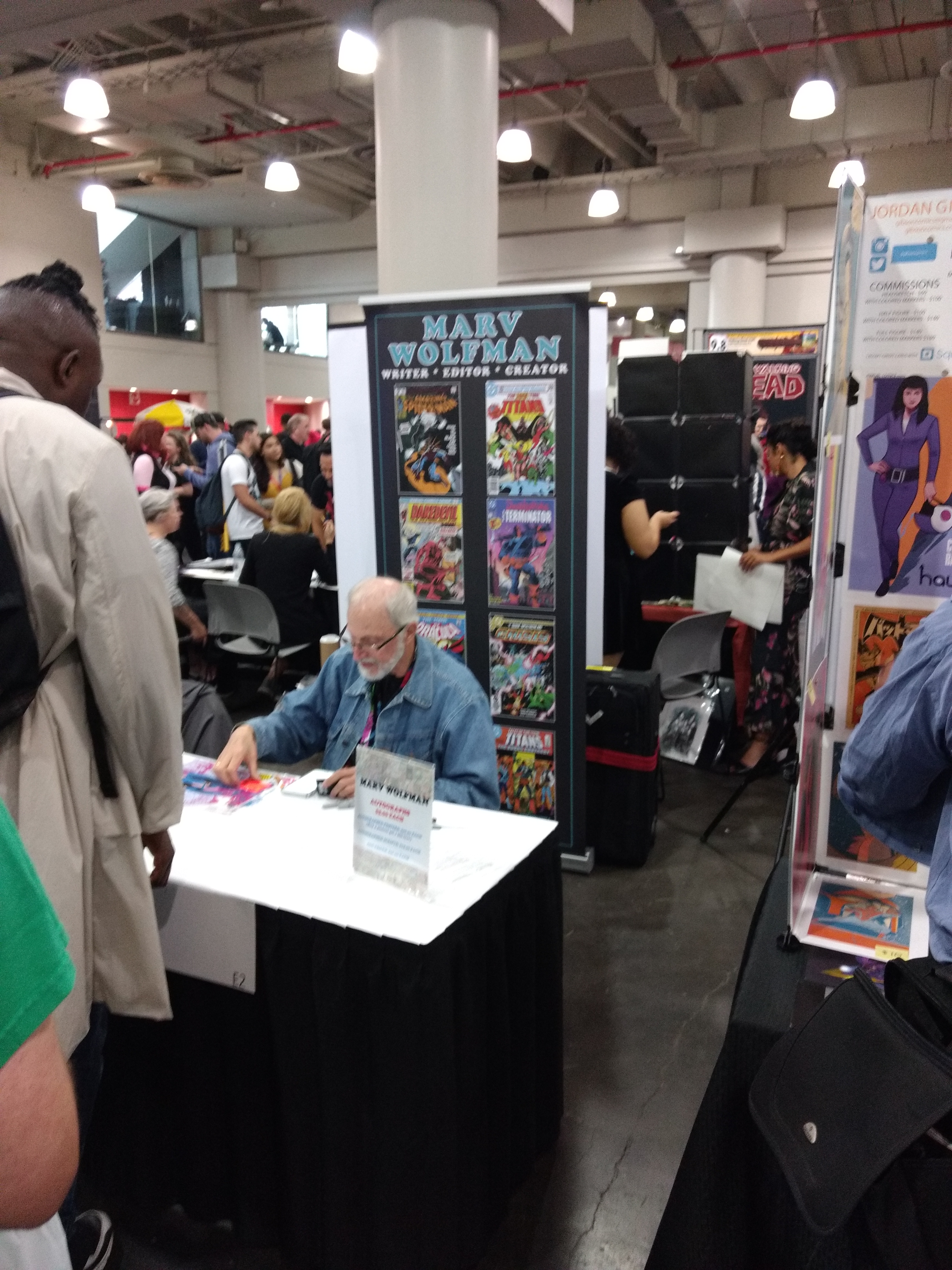 Of course, up until recently, a career in comics spanning fifty years still would have made him a pisher next to the grand old man of comics, Stan Lee, who who was niftar in November.  When one thinks of how pervasive comic books have become in global culture, it’s easy to forget that it’s a medium that only goes back to the 1930’s.  And that, until fairly recently, there were still people still working in the field who were there when it started—Will Eisner, Joe Kubert, and of course Stan Lee (all three also share a certain other common feature—I’ll be you can guess what it is). 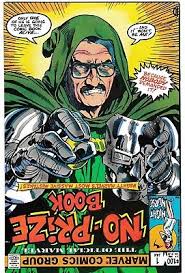 This won’t be one of those eulogies where we talk about how he transformed comics in the ‘60’s, or a gripe about how he took credit from Jack Kirby or other collaborators.  To be sure, he was both a towering and important figure, and a shrewd businessman, and if he took more credit than he deserved, well—he still deserved a lot.  This, however, is personal.  Jewdar grew up on comics in the 70’s and 80’s, and seriously collected in the mid-to-late 80’s.  Back then, it was all Marvel for Jewdar—and that meant all Stan Lee, whose humor and personality shone through not just in Stan’s Soapbox but throughout the comics, which were just fun to read.  It would have been unthinkable, for example, to imagine DC doing something like the What If? Humor issue, or the No Prize one-off, celebrating all the errors and bloopers and typos.    Stan Lee was in failing health and losing his [physical] vision his last few years—but he have the blessing of having lived long enough to see the world he lived in taken over by the world he had dreamed.

And sadly for him, he did not live long enough to see rival DC’s latest cinematic wreck—Aquaman.  Now, let’s say right off the start—Aquaman Is lame, and Aquaman has always been lame.  Comic book companies have always had rival characters; sometimes, both work, like Hawkeye and Green Arrow.  Sometimes, one definitely comes up short, and in the competition between Atlantean monarchs, Namor has always kicked ass while Aquaman has always been—well, come on, his nom de superhero is “Aquaman.”  DC has tried various means over years to make him more badass—give him a beard, give him a hook hand, make him an angry aquatic environmentalist.  None have worked.  So they figured “Make him Jason Momoa.” 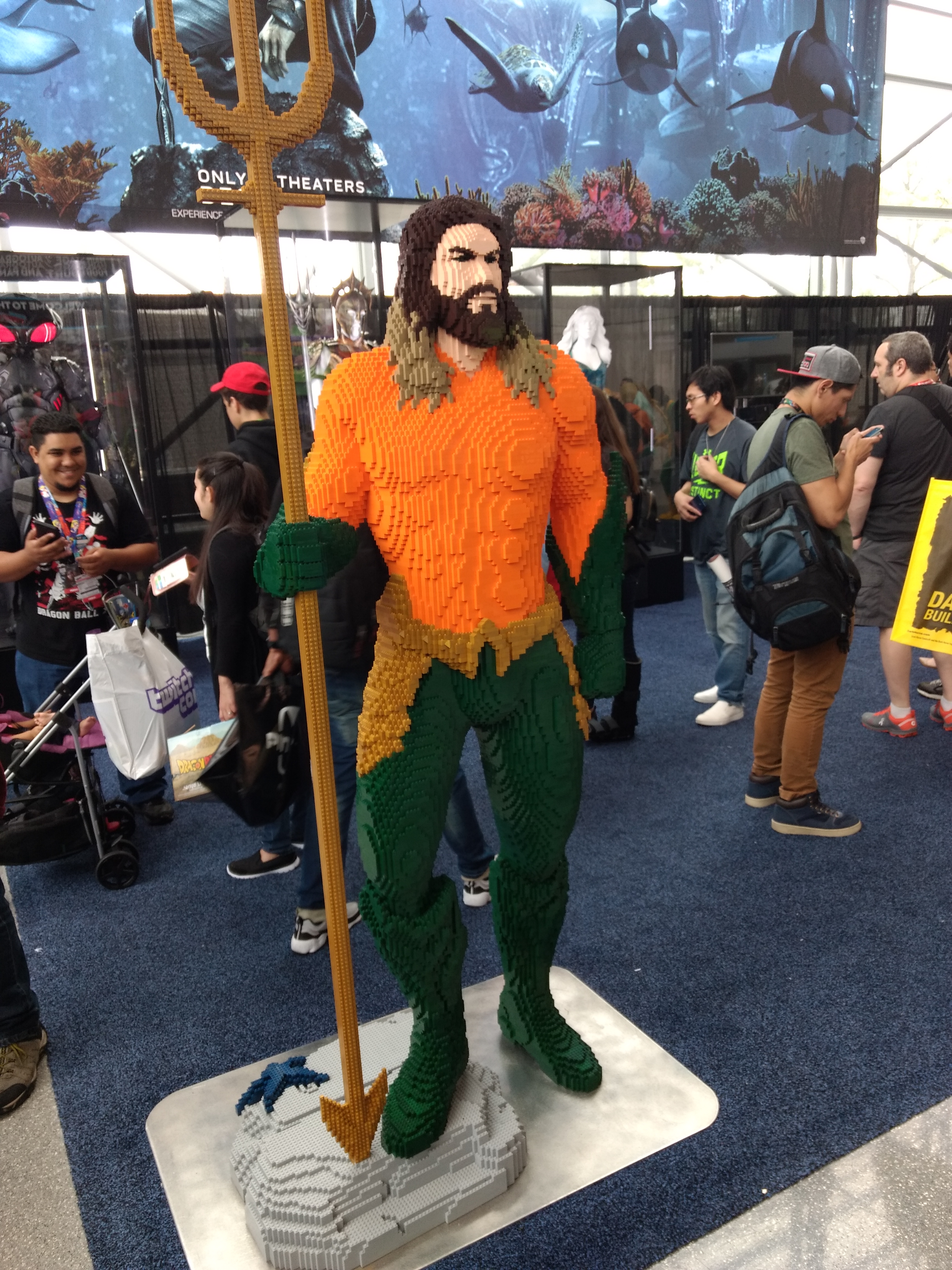 And he was good in the fairly lame Justice League.  A small part with a few good lines, not too shabby.  But for some reason, DC thought that they could just do more of that and carry a movie.  Spoiler—they could not.  His lines were not funny, his romance had no chemistry, it was predictable, there were unnecessary characters and storylines, “big moments” that failed, unexplained aquatic magic powers, and a super-disturbing CGI-d young Willem Defoe.   All Jewdar can say about Aquaman is “Wonder Woman, save us!”

But credit where it’s due, while DC’s film division manages, like the worlds’s greatest supervillain, to destroy one superhero after another, DC’s tv division can still come through.  Jewdar is a big fan of the very fun Legends of Tomorrow and was really impressed with the new DC streaming service’s Titans.  Definitely not Teen Titans (there are a lot of other four letter words), Titans is not for the kiddies, but if you can stay up as late as you want, then definitely worth checking out.