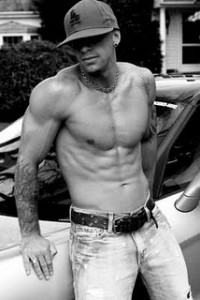 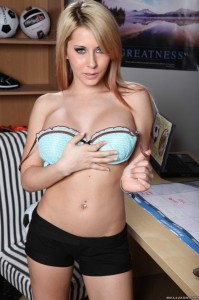 Larry: Thanks Leon. We’re going out to dinner with Jeff and Suzie tonight.

Leon: Hooh! When a man wears that much aftershave . . .

Larry: Is it too much?

Leon: No, I’m just sayin’, when a man wears that much aftershave, he’s wonderin’ what’s comin’ after dinner, you know what I’m sayin’?

Larry(clunky pause): Oh, well, actually, I did buy Cheryl some lingere tonight, so I may be gettin’ lucky…

Leon: And I’ll tell you what: if she gets a whiff of that, then you’re in, man. 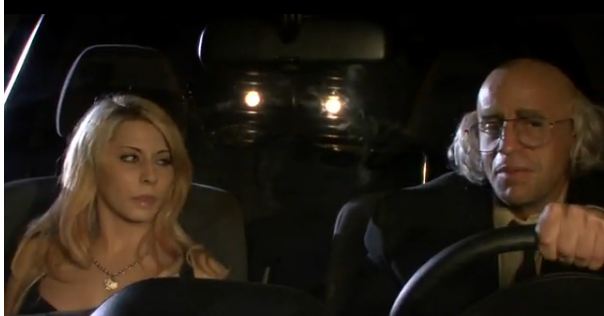 Cheryl to Larry: Too much aftershave.

Larry, of course, winds up in the doghouse — for trying to shack up with a nurse. Cheryl walks in just as her husband’s getting a lap dance. Like any Jew with a backache, he uses his health as an excuse.

Larry: This is amazing. These two nurses have healed my, uh, groin injury. 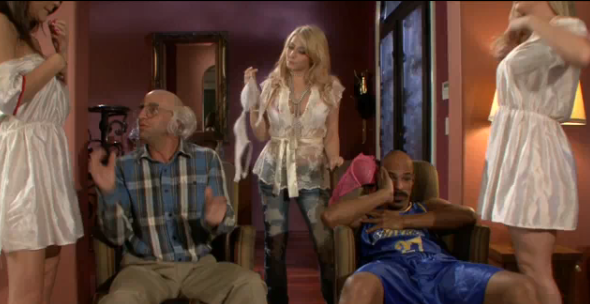 Cheryl catches Larry in the act. Kind of.

Queue the lighthearted, circus-y Italian orchestra music. Watch the downtrodden look on Larry’s face as he expects punishment from Cheryl, and you have the perfect set-up for the finale: a husband-and-wife hardcore scene where LD keeps his button-down PJs on.

“This Ain’t Curb Your Enthusiasm” is on-sale now.

The Closest Larry David Has Ever Been to Our Cover