Can We Not Be Frank? – or – Why “The Diary Of Anne Frank” Is Not A Punishment 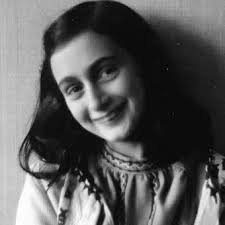 Okay, so Jewdar has been bad, and hasn’t posted in a while, but like we suggest in Hallel, when there’s a cry from the depths, we get an answer. In this case, the depths is a piece on Deathandtaxes.com, that relates the details of a recent spate of antisemitic bigotry in Massachusetts. The hate-criminals in question? A bunch of kids at a Bedford, MA public school who made some remarks to the effect that their Jewish classmates couldn’t have a cracker because they didn’t believe in Christ, and who, in a discussion of the difference between Hanukkah and Christmas, noted that Jews killed Christ. The solution posed by Death And Taxes’ blogger? Teach the little baby Nazis about the Holocaust and make them read Anne Frank.

Now, here’s the thing about that. Let’s accept the premise that it’s wrong for kids to be mean to other kids. Jewdar is all about opposing bullying (although, in the interests of complete transparency, our postings do occasionally veer into the “cyberbullying” sphere). But this proposed solution is a bit of jackassery on a number of levels. How do I hate thee, Death and Taxes blogger? Let me count the ways:

1.   Kids can often be stupid and mean. Can we perhaps recognize that “stupid and mean” doesn’t necessarily rise to the level of “proto-Nazi?” Can’t we just say that these kids’ parents should be brought in and berated, and these kids told not to be little monsters, without this being a case for the ADL? Some kids are fat, some are stupid, some lack style, and some are Jewish. None of them should be made fun of for it, but I don’t know that we need to respond to bullying by kids with bullying by adults.

2.  Let’s say there were no Holocaust. Let’s say there were no Anne Frank. Would these kids be any less wrong? Honestly, can’t we just say that not sharing your crackers (communion wafers excluded) with your classmates is wrong, not because Anne Frank died in Bergen-Belsen, but because of the universal principle that you should only bring if you bring enough for everybody? That doesn’t require an intervention, it just requires some common sense.

3.  Can we leave poor Anne Frank alone? For some reason, Holocaust obsessives love to use poor Anne as a club to ruin children’s lives.  So maybe miss Death and Taxes was reading Anne Frank when she was seven years old — Jewdar is happy that when she was in 2nd grade, she was Holocaust loony at a middle school level. But Jewdar likes to think that Anne Frank, a kid herself, would not appreciate being used as a bludgeon to destroy other little-kids’ childhoods. It’s quite possible that Anne herself may have teased kids (probably not for the ew-Jay thing). She probably would have just liked to have it pointed out that she was being mean, not that her actions were a path to genocide. Which brings us to….

4.  How much does it trivialize the Holocaust to suggest that some mean elementary school kids should be viewed as being on a primrose path to Auschwitz? It so happens that the thing they were mean about was being Jewish, but do we really need to assume that were they not to forced to read Anne Frank their next stop would be “Ilse, She-Wolf of the SS?”

5.  Which brings us back to point 1. How about calling in the parents, tearing them a new one, calling in the kids, telling them it’s unacceptable, and moving on?

Alternatively, you could parachute Eli Wiesel and Avi Weiss into Bedford, and let the healing begin.