There are plenty of things you can do with a bagel that probably won’t result in police involvement. Beating a guy with a sleeve of them while you chase him down the street…that’s not one of them. It’s the sort of thing they teach you in college, but evidently these frat-bros at the Miami University, Oxford (that’s the one in Ohio, not Florida) skipped class that day.

Redditor TriicepsBrah (college!!!) was on his way to meet a friend when he stumbled upon six uber-bros shoving their way into the local Phi Tau frat house. Mr. Brah, in what must have been an attempt to call 911, immediately whipped out his phone (presumably accidentally), hitting the “record” button instead. The bros, identified by The Daily Dot as members of the Phi Tau’s rival Kappa Alpha fraternity, are, perhaps unsurprisingly, less-than-enthusiastic at their B&E being recorded. They are, in fact, so incensed, that – after drunkenly overestimating their collegiate powers of verbal persuasion – they began to chase the amateur cameraman down the street, beating him with… a sleeve of frozen, off-brand, bagels.

Excuse the VVS and check it out:

Explained TriicepsBrah on the Reddit thread where the video was posted:

I’m a bouncer at one of the local bars. They followed me for 3 blocks trying to grab me and get my phone. Said they would kill me trying to punch and smacking me with a bag of begals etc… Once I got to the bar I went inside and everything else was taken care of. I can’t really get into what happened after I went inside, but I’m fine.

Before the B&E I was on my way to meet up with a buddy uptown. After everything is over with my phone inconveniently runs out of power. So my boss plugs it into his computer and copied the video. We spoke to the owners of the house and it was clear that the video would be given to them as well as the cops. At that point I had done everything I felt i could do and went to meet my friend an 1.5 hours later than intended

While I am firmly in the “brunching, not beating” camp, I can’t help but look forward to the inevitable “ripped from the headlines” Law & Order assault-by-bagels episode. 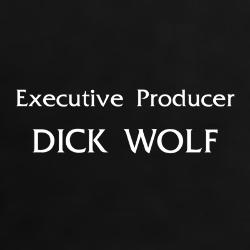