“Bomb Gaza” Videogame Is A Real Thing (For Some Awful Reason)

Sick of crushing candy on your smartphone? Why not try crushing a densely packed urban population with Android game developer PLAYFTW‘s atrocious “Bomb Gaza” game, which is an actual thing which really exists for some unfathomable reason. 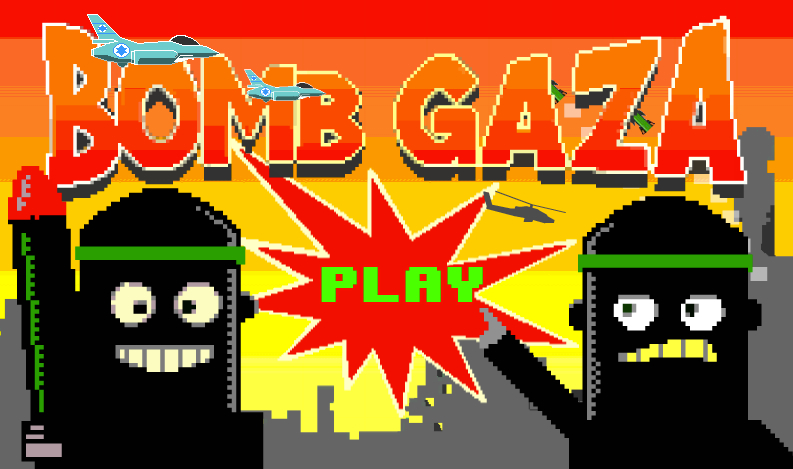 The game, which has been in Google’s Android Marketplace since late July has, according to The Independent, been downloaded up to 1,000 times. Its simple, clipped description encourages players to “Drop bombs but avoid killing civilians.” (it also boasts of having newly added “Israel’s Theme Music”)

Sample screens show Israeli planes dodging rocket fire from among a sea of black-clad Hamas fighters, all the while building up a “rage” meter, presumably in order to drop bigger and better bombs on one of the most tightly packed population centers on Earth. Because, if there’s one thing you want from pilots focused on carrying out highly complex pinpoint bombing runs to eliminate terrorist threats embedded among civilians, it’s more rage. [EDIT – According to The Daily Dot, it turns out the “rage” meter actually measures the exact opposite: How enraged the Gazans become when you kill civilians. Too much rage, and it’s game over. Jeez] 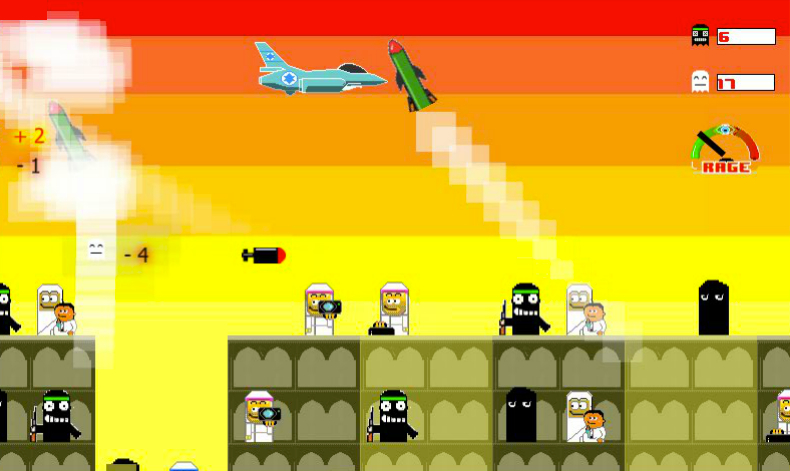 Another screen seems to indicate that users scores will be judged by two pixilated pencil-pushers, one of whom appears very displeased at your progress, the other of whom looks more nervous than anything (I’m guessing it’s because he realizes what a stunningly shitty idea this whole game is) 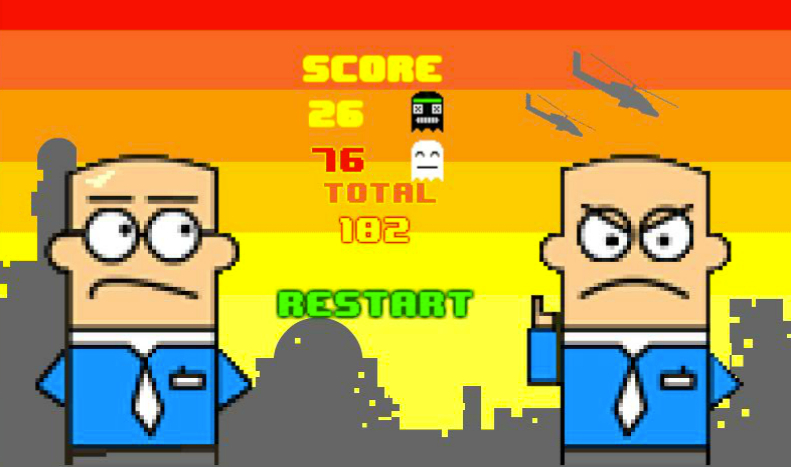 “Bomb Gaza” currently enjoys as 4.4/5 star rating – A number almost certainly due to plummet as more and more people begin to realize that it is in profoundly bad taste to cartoon-ify an ongoing, and highly controversial military action which has – on both sides – left scores dead, and countless more traumatized.  It makes you wonder what kind of programmer thinks to themselves “Sure there’s been nearly two thousand people killed in the past few weeks, but dammit, this all sounds like a great side-scroller to me!”

Google typically doesn’t vet game submissions to the Droid marketplace – no matter how idiotic and offensive – unless there are complaints lodged. If you’d like, you can so right here.

Bomb Gaza has been removed from the Android marketplace following a mass outcry from users. In an email to the Daily Beast following the game’s removal, developer Roman Shapiro said “As usual, Jews are demonised by everyone. Not surprised. Fuck them all.”