Hitler’s Grandson on Finding Love, And Himself 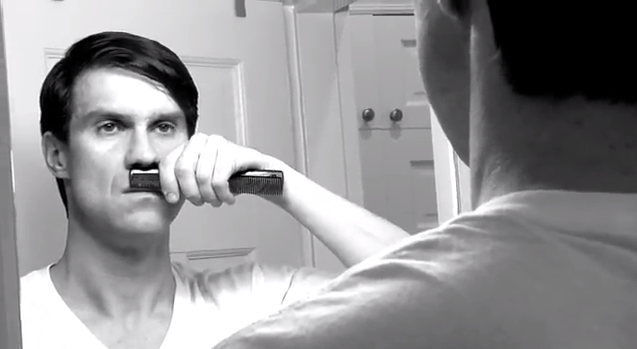 Adolf Hitler gets all the hype. But what about his children? And his grandchildren? Bobby Chicago dares to answer this question with their new short, “Eugene Hitler.” Written by Brandon Bassham and directed by Pete Schultz, it stars Rob Lathan and features many other comedians you know and love (or, should know and love), including Elaine Carroll, Abbi Crutchfield, and Heeb favorite Ilana Glazer.

Now, for whatever reason, sketches about Holocaust-related themes can sometimes offend. (Remember that Anne Frank sketch, also by Bobby Chicago, we posted last year?) But as far as Hitler sketches go, this one seems about 95% kosher. The only bit of trafe is that Elaine Carroll’s character points out, “He killed six million people.” Actually, it was more like twelve. If it was only six, perhaps Eugene would only have had half as much trouble getting a date.