Bieber’s Anne Frank Takeaway: “Hopefully She Would’ve Been A Belieber” 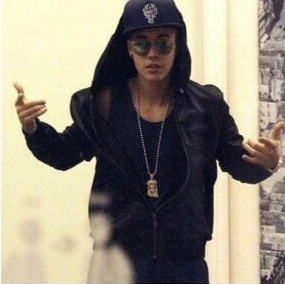 Justin Bieber has been having a rough go of things since his “Worst Birthday”  last month. There’ve been ugly run-ins with the paparazzi, a much-mocked appearance on SNL, and through it all Justin has generally acted like petulant child (which, in fairness, he probably is). So, who can blame the guy for wanting to get away from it all, and swap his TMZ-headline-generating lifestyle for a little old-world culture?

This weekend, in the midst of a European concert tour, the Biebs stopped and spent nearly an hour at Amsterdam’s Anne Frank House and Museum. Justin was so moved by the whole experience that he had to let the world know. Like any true artist he put pen to paper, this time in the museum’s guestbook, writing:

Truly inspiring to be able to come here. Anne was a great girl. Hopefully she would have been a belieber

After the museum posted Bieber’s message to their Facebook page, the online insta-reaction was fast and furious. It was also, in some cases, hilarious: 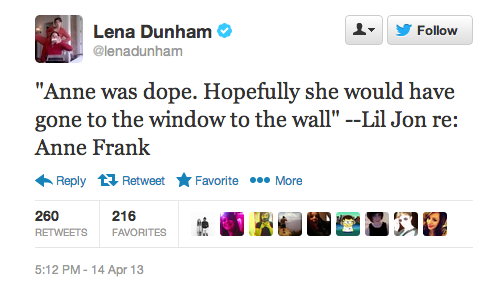 People definitely don’t seem to be taking Justin’s message in the spirit in which it was (probably?) given. Certainly Beiber comes off like – and in all likelihood is – a jackass. But, it seems as if, in this case, offense is being taken as the result of an arguably unhelpful, no matter how sincere, effort to preserve the sanctity of Anne Frank’s larger-than-life legacy. Why “unhelpful”? Because sometimes that preservation is done at the expense of the actual Anne Frank: the very real teenage girl. That’s a shame, because it’s Anne’s very-real-teenage-girl-ness that makes her story so powerful. Think about it – had Anne Frank been a normal 13 year old girl living in the year 2013, she almost 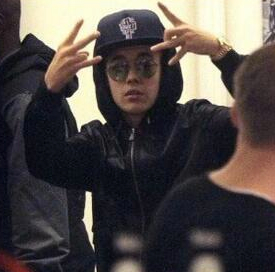 certainly would have been a dyed-in-the-wool, head-over-heels, fanatical Belieber. Why? Because, that’s what normal teenie-bopper girls in the 21st century are. That the Holocaust robbed her of her ability to do real-teenage-girl things like adore idiotic pop-stars is what makes her story all the more poignant. Now, there’s no way Bieber had such nuance in mind when he signed the guestbook, but hell, “broken clocks” and all that.

Rather, what’s actually troublesome about Bieber’s comment is the “hopefully”. It’s” hopefully” which leaves the impression that the Biebs wishes Anne Frank would have survived the Holocaust in order to become a Bieber fan. That’s a pretty fucked up, solipsistic way of seeing the world. That said, given the celebrity bubble in which Bieber has existed since he was a small child, it’s hard to imagine he has the emotional capacity to see anyone (especially teenage girls, his main audience) as anything other than fans. He’s like “Charlie” from Flowers For Algernon – painfully aware of the limitations of his sub-par intellect, but ultimately unable to transcend them .

Still, perhaps Anne said it best, herself when she wrote “Despite everything, I believe that people are really good at heart.”

She was a believer. And yeah, maybe even a Belieber, too.