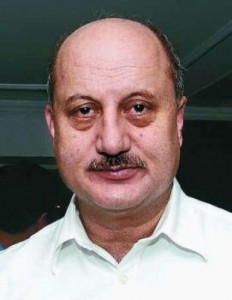 Actor Anupam Kher has opted out of playing Adolf Hitler in the upcoming Bollywood film, Dear Friend Hitler, a biopic that director Rakesh Ranjan Kumar purports to humanize the fuhrer and has since received a supposed backlash from Western media. “They come and make a Gandhi here, and make our slumdogs speak in English and we don’t object,” Dear Friend scribe, Nalin Singh, said. “When we decide to make a film on Hitler, they have a problem.”

When asked why he bailed on the film, Kher told the Press Trust of India that playing the Fuhrer would infuriate many of his fans. “When I signed the film, I did not expect that it will make so many people unhappy,” he said. Fortunately, for Kher, his Facebook fan page hasn’t seemed to have dropped in number (a whopping 200), so maybe nobody really cares after all.