An American in England 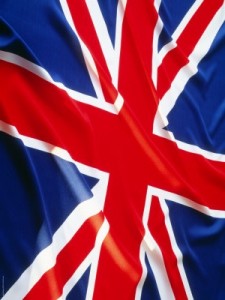 I was working in Leeds when I’d acquired what I could only assume would prove to be a fatal case of tonsillitis. My throat had swollen shut; raw and throbbing, not even a sip of water would pass. My body was leaden, immobile, sparkling with heat. Splayed gracelessly, my head laid limply against the breakfast table, I searched desperately for direction, a plan, just one ounce of coherence. When I’d finally completed the task of locating a few words, I discovered it distortingly painful to vocalize them.

And so I found myself, on what Churchill himself might have proclaimed a “fine” English morning, triple-bundled in wool and flannel and thermal-with-hood, trudging quite miserably towards what I was told was my best option for a doctor or clinic – a free NHS walk-in just some meters beyond the university.

Delirious, unshaven, my hair greasily matted, I slogged along – attempting strenuously to remember the directions I’d been given, convinced that every step I put forth was mistaken – and still, despite weeks in-country, my work visa stamped proudly and soaked thoroughly in the sweaty pocket of my jeans, I paused at every intersection, confusedly analyzing the traffic flow, paralytically baffled by whichever direction the cars were coming from. Over cobblestone and brick, past willow and birch, I brushed shoulders with students, shopkeepers, sanitation men – light-eyed, pale-cheeked, floppy-haired, oxford-shirted and windsor-knotted – and it was there, under what I’ll admit were the cliched circumstances of my compromised immunity, that the tiny smiling mouths and soothingly sprawling freckles of my company in Park Square catalyzed a corporeal revelation: Through existential self-pity, I resurrected my inflamed tonsil with Dickensian grandeur – and I imagined – or, I should say, tried to imagine – how happy I’d have been to be born (and, soon enough, died) a Briton. To have breathed this English air – which really, truly, could not have been described as anything but “crisp” – with a sense of belonging! To have treated my infection not with the cloyingly honeyed Lipton and lemon of my grandmother, but with bracing, medicinal, boiling PG Tips! To have walked these English roads well – for the leather of my shoes to have struck pavement with the powerful crack of ownership – to have navigated this winding asymmetry – of Leeds – and of life – with direction and purpose! With posture! Upright and buttoned! As the English do! As they’ve always done! To be proud! To be reserved! To be refined! To have class! To resist the urge to leer grotesquely at every swinging pair of tits headed for a curry!

To live Englishly in England – not Jewishly in America! To live connectedly and unquestioningly! To concern yourself, for once, you sorry sack of shit, with something other than your schnoz or your cock – you’ve got a thing called a heart! That’s the idea, you knucklehead! Not to insert yourself between the thighs of an Elizabeth or Mary – but to insert yourself into the great, sweeping, glorious national narrative of history! To be a plankowner of identity – not a depraved refugee from the Isles of Perversion and Neurosis! To eat a ploughman’s lunch not amidst the chaos of a Great Fire or under the bombardment of the Luftwaffe, as you’d read about with desperate, alienated, soul-searching fervor – but later today, after depositing a few pence into the self-checkout at Sainsbury’s! That is, if your esophagus will comply! God Save the Queen! To be English!

The office was spartan and white-walled, bordered neatly with thinly-upholstered chairs, upon who sat a similarly thin handful of the infirm. They waited in silence, neither smilingly nor frowningly, the turning pages of their Telegraphs or Times echoing sharply through the room. A long, curved reception counter swept from corner to corner; a middle-aged woman in thick glasses sat behind it, a look of attentive concern fixed to her face as she pecked somewhat stutteringly at her keyboard.

And there, standing silently in the bullseye, was a child – a little girl who couldn’t have been older than seven or eight – balancing precariously on her toes, teetering and wobbling, straining to fix her elbow against the countertop, crayon in hand. She paid no attention when I entered the room. Her wrist worked in broad, see-sawing strokes; on the typing paper before her was was rendered a sort of grammar school pastoral – a work-in-progress, as I observed – the green wax of the crayon currently shading soft tufts of grass, from which sprouted the stems and leaves and petals of pink flowers. They must have been roses. Of course, I thought, assessing the swelling in my neck with finger and thumb – pressing there delicately, as my mother had done in my own grammar school days – your glands, she’d called them – squeezing with her own hand just as plainly, but spontaneously and miraculously achieving diagnosis – orders instructed, treatment prescribed, a way out of bed, a list for the grocery store – all things understood, infinite revelations of the unknown – with no further magic than the placement of her slender hands upon my glands – these secretive, invisible objects I knew not to be palpable – these glands, these glands, these glands – she could merely press them with the tips of her fingers and, like some kind of Jewish faith healer, destroy sickness and anxiety and doubt and open the curtains and shine light on everything – light so antiseptic and pure that no virus could multiply! What hopes we should have! To disentangle these yarns – to trim the tall weeds from our gardens – to spring pink roses with the kind of salvation and certitude that leaves your life forever once you’ve left your mother – the kind you pray to find again and the kind you never do.

Yes – they were English roses. I stood behind her for a moment, watching the grass grow. It grew in wild, tangled patches – thin stalks shot from the tip of the crayon like rockets to the sky, bending as they would, swaying in the breeze – and hills rolled off behind them, tumbling tenderly towards infinity – and clinging to them would be that fog – that nebula – that sheen of grey that nestles into everything, mottled clouds of mist tucking like folds of childhood blankets a mile below you through the glass of the window of the plane that takes you about as far from the seltzer-and-grapefruit sorcery of those Bronx balabustas as you can get in this Universe – to those heaving hills draped with dew spread like wool and flannel forever.

I’d like to see a doctor, I said, each word a hideous grind of the grater. The receptionist nodded and opened a drawer. But upon hearing my voice, cracked as it was, the little girl stopped. And she turned. And she looked at me. And her eyes were blue – and her hair was blonde and straight as straw – and it fell neatly in bunches into bangs trimmed to her brow. And her cheeks were ivory and dappled with freckles like cherry blossoms tossed by the wind. And she heard my voice and she stood and she stared. And I smiled.

“He’s American!” She screamed, her little arm deftly threatening, now sticking my chest with the crayon like a switchblade.

And no one looked up.