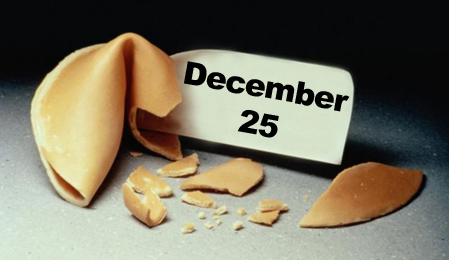 I swear to god, if I hear The Night Before Christmas one more time, my belly is gonna jiggle like a bowl full of jelly…and then I’m gonna throw up, everywhere.

But hey, I get it. The Night Before Christmas wasn’t written for me. Fine. Good. Good riddance.

Unlike Night and its overly saccharine sentimentally, Daniel Brenner‘s Jews on Christmas finds bittersweet meaning in the picayune Christmas eve rituals observed around the table at the Chinese restaurant. It is, as the poem itself states: not bad // our highest complement.

Jews on Christmas
There isn’t enough soy sauce in the world to feed
Jews on Christmas
Huddled around steaming plates of dumplings
Discussing cinematography
Angioplasty
Lactaid
Who has lived and who has died
Shocked to hear that the hot new Hollywood star is actually half-Jewish
(and not arguing which half)
I don’t see what all the fuss is about Nathan Englander.
Yes, it’s like The Wire, but different,
Costco is a mixed blessing,
Do you trust Yelp?
On our smartphones we subtract the Chinese year from the Jewish year to see how long the Jews had to wait to try egg drop soup.
The laughter of Jews on Christmas
shakes the jade Buddha under the faux waterfall from his
sleepy serenity
And for a moment, the enlightened one opens his eyes,
smiling contently as he joins us to look at pictures of relatives at Harry Potter world.
Now he’s Jewish too.
The Moo Shu comes with little tortillas, pancakes, wraps,
whatever you want to call them.
And we wrap up the mush of last year, with all of it’s regrets and tzuris,
And immerse into soy sauce,
a ritual bath,
three times dipped,
and we say – this is not bad.
Our highest compliment.

Reprinted with permission from Reb Blog